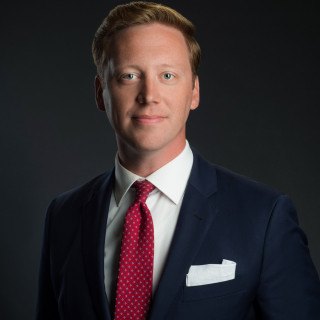 Attorney James Teigland is a Moorhead native who graduated from Park Christian High School of Moorhead in 2006 and attended Minnesota State University Moorhead where he studied Economics until he graduated in 2010. Mr. Teigland attended William Mitchell College of Law from 2010-2013, and is licensed to practice in Minnesota and North Dakota. While attending law school, Mr. Teigland volunteered as a Law Clerk at the Council on Crime and Justice, clerked for Judge John P. Smith, Externed at Merrill Corporation, and was a Legal Assistant at the Sortland Law Office. After law school Mr. Teigland started his own firm, Teigland Law Office, PLLC, before merging with the Fremstad Law Firm. Mr. Teigland is currently an Attorney at the Fremstad Law Firm where he practice primarily in the areas of collections, partnership disputes, business disputes, commercial disputes, personal injury, real estate disputes and other civil matters.

Q. I bought a cabin in 2010 After close I put my mate on the title. I paid it off 2016. She paid $0. Is she entitled to
July 12, 2021
A: Hello, I see you are from California but asked a question in MN's Civil Litigation section. I'm assuming the property you are asking about is located in MN. Generally speaking, 50/50 owners split the sale proceeds of a property 50/50, but the rule is not absolute. Courts should, and frequently do, look at it on a case by case basis. You probably have very good arguments that the majority of the sale proceeds should be paid to you. But this will probably have to be resolved by an agreement between you and your ex or through litigation in Court.

Q. I bought five tractors have a copy of a check and a bill of sale , Tractors were gone when went to pickup.
December 7, 2020
A: You have a couple of options. First, you should consult with an attorney. Many attorneys offer free initial consultations. But if you don't want to do that, consider sending a demand letter for the tractors and/or return of your money. If that does not work, sue in small claims court (if possible). If you cannot sue in small claims court, hire an attorney. Good luck!

Q. I filed a restraining order with the false information the respondent gave under perjury? How to rectify this?
October 21, 2018
A: I would prepare an "Amended Petition" with the correct name and just file it in the same case and serve the document by U.S. Mail.