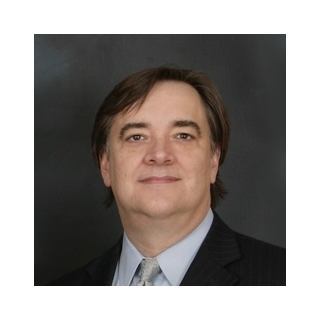 Jim Dunnam is a Board Certified Specialist in both Civil Trial Law and Family Law. Jim was born and has spent his entire life in Waco. He graduated from Baylor University in 1986 with a Bachelor of Business Administration degree and from Baylor Law School in 1987 with a Juris Doctor degree. Since being licensed to practice law in 1988, Jim has worked as a member of Dunnam & Dunnam, where he is a partner. Jim was named Young Lawyer of the Year by Baylor University in 2001. Among other positions, Jim has served on the Texas Supreme Court Rules Advisory Committee and the Texas Sunset Advisory Committee, during which time he oversaw the full evaluation and re-authorization of the State Bar of Texas and the State Board of Law Examiners. He has also been listed as a Texas Super Lawyer. In addition to being licensed to appear before the Texas Supreme Court and all other Texas Courts, he is admitted to practice before the United States Supreme Court, the U.S. Court of Appeals (Fifth Circuit), and the U.S. District Court (Western District of Texas). Jim is a Public Policy Fellow through the University of Texas School of Law Center for Public Policy Dispute Resolution, a Credentialed Mediator in the Texas Mediator Credentialing Association, and a member of the Waco-McLennan County Bar Association. Jim Dunnam has been certified as a specialist by the Texas Board of Legal Specialization in the practice of Civil Trial Law since 1994 and Family Law since 1995. In addition to those two specialties, he engages in the practice of Appellate Law, Business Law, Commercial Law, Consumer Law, Criminal Law, General Law, and Personal Injury Law. During his 14 years as a Texas State Representative, Jim served on the House Select Committee on Judicial Interpretation of the Law and on the House committee responsible for oversight of Family Law and the Texas Family Code. Jim has received numerous awards and recognitions, including: - 2011 Star of Texas Award, Texans Uniting fo

One of the Most Influential Lawmakers
Associated Press
2009

One of the Ten Best Legislators
Capitol Inside Online Magazine
2007

One of the Ten Best Legislators
Capitol Inside Online Magazine
2005

One of the Ten Best Legislators
Capitol Inside Online Magazine
2003

One of the Top Five in the House
GalleryWatch
2003

One of the Ten Best Legislators
Texas Monthly Magazine
2001

One of the Top Five in the House
GalleryWatch
2001