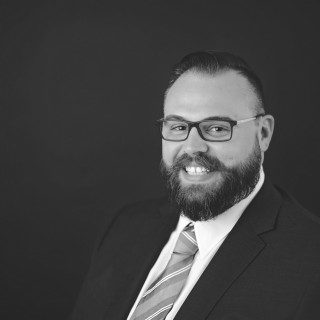 Jared is the Managing Partner at Jackson Lee | PA, having joined forces with his wife after a stellar career at one of the most prominent plaintiff’s firms in the nation. He’s served as the chair of Florida’s Consumer Protection Committee and completed a 70.3 Ironman, but hasn't yet convinced a college football referee to change any horribly bad calls. This has not prevented him from vocally expressing his opinions on such calls at games. No one can deny his commitment to pursuing what is right. This is what makes him an outstanding consumer protection attorney.

Long before the beard, Jared attended Florida State College of Law (Go Noles!), where he made a commitment to use his legal education to help people. That quest led him to a brief stint as a public defender before he discovered his true passion in consumer protection law. Since that time, he’s had the privilege to represent consumers in obtaining sizable recoveries through trial, arbitration, and settlement, including multiple seven-figure outcomes. He’s also become the father to five (you read that right!) spunky daughters.

Today he is recognized throughout the country as a top consumer protection attorney, serving in leadership roles for National Association of Consumer Advocates and The Florida Bar. Jared has also received numerous awards reflecting his expert legal status. These accomplishments include:

Rising Star by SuperLawyers for 10 years

He also has a collection of Dad of the Year awards. When not practicing law or grooming his beard, Jared serves as an adjunct professor for the Florida State University College of Law Juris Master program. He also enjoys time with wife Ruth and their five daughters. They’re both active in their church and community.

Denuclearization of the Korean Peninsula: Recent Agreements and Lessons from the Past
Journal of Transnational Law & Policy
March, 2007