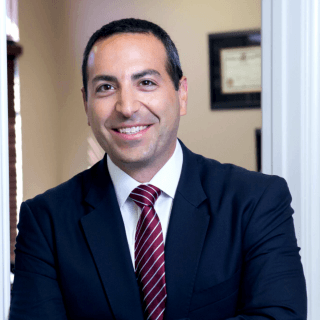 Jason S. Marks was born in Highland Park, Illinois and raised in Lake County. He majored in Finance from University of Iowa. In May of 1998, Jason received a bachelor's degree in Business Administration (B.B.A) from the University of Iowa. His degree was awarded with Honors and High Distinction placing him in the top 5%of the graduating class. After receiving his undergraduate degree, Jason attended the DePaul University College of Law in Chicago. He was awarded a Juris Doctor (J.D) degree with Honors from DePaul in May of 2001. Jason went into private practice following law school. In February of 2002 he began employment at a law firm in Waukegan. He focused on representing individuals in personal injury and workers' compensation claims. Jason was made a partner in the firm in February of 2007. In 2014, Jason founded Marks & Associates Ltd. with offices in Gurnee and Chicago. At Marks & Associates, Ltd. Jason focuses in representing individuals and families in person injury and workers' compensation claims.

University of Iowa
B.B.A. (1998) | Majored in Finance. Bachelor's degree in Business Administration.
1998
Honors: Degree was awarded with Honors and High Distinction, placing him in the top 5% if the graduating class.