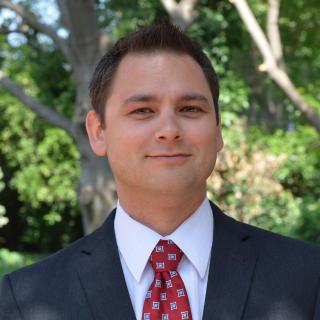 Mr. Serrano grew up in British Columbia, Canada and moved to California when he was 20. He graduated with honors from California State University Dominguez Hills, receiving a Bachelor of Arts in Political Science. While an undergraduate student, besides many community, sports, and school activities, Mr. Serrano worked in Washington D.C. as a Congressional Intern for a California Congressman. Mr. Serrano was recruited and attended law school on a full scholarship. He received his law degree from the University of La Verne College of Law. While in law school, he was selected to be a member of the moot court honors program and the school’s moot court traveling team in nationwide competitions. He also received a CALI award in the area of Legal Research. Admitted to practice before California State and Federal Courts, he has an active practice in both. He has argued before the California Court of Appeal for the Fifth District and has petitioned for California Supreme Court review. These are remarkable accomplishments for one relatively early in his law career. Mr. Serrano was Riverside County Bar President for the 2016-2017 year and is a Past President of the Riverside County Barristers Association. He is also a member of the Leo A. Deegan American Inn of Court, the Riverside Chapter of an organization devoted to the fostering of excellence in professionalism, ethics, civility, and legal skills. Mr. Serrano was named to the Super Lawyers’ Southern California Rising Stars list for six consecutive years (2012-2017), an honor awarded to no more than two and a half percent of attorneys in Southern California each year. He has recently been named one of the Top 10 Attorneys Under 40 by the National Academy of Personal Injury Attorneys. In 2017, he was honored by the University of LaVerne College of Law as one of three “Distinguished Alumni.”

Q. How will my case play out if i wasnt at fault in a motor vehicle accident. And i had no insurance and suspended license.
November 14, 2017
A: Because you did not have insurance, in California, Prop 213 will prevent you from making a claim for pain and suffering. Assuming you can show it was not your fault, you can still recover for medical bills incurred, property damage, and loss of earnings.

Q. In an intersection waiting to turn left (green light), light turns red, make turn, oncoming runs red light. Liability?
November 14, 2017
A: From what you've described, you are not liable. As a practical matter, it may be difficult to prove your version of the story if the other driver claims they entered on a green light. Were there any witnesses? Passengers? I would make sure to tell your insurance company your side of the story, they should back you up. If you were injured, you should consult with a personal injury attorney.

Q. Is there any legal course for a slip & fall that caused a broken bone & possibly more?
November 14, 2017
A: It is very dependent on what condition caused you to slip and fall. In California, property owners are not the insurers of the safety of those on their property but they must warn of any known dangerous conditions and they must take reasonable steps to learn of any dangerous conditions and either warn against them or remedy them. Depending on what caused you to slip and fall, you MAY have a case. You should contact a personal injury attorney to explore further. If possible, get photos of the condition that caused you to fall.