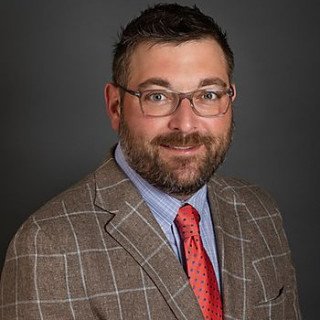 Jeff grew up in western Kentucky and learned the value of hard work and building relationships from his parents, Tom and Judy. He has practiced in his hometown of Princeton, KY since his admission to the bar in 2011. Mr. Rousseau is a product of the Caldwell County Schools System, the University of Kentucky, and the Salmon P. Chase College of Law at Northern Kentucky University. Mr. Rousseau is admitted to practice before all state courts in Kentucky as well as the United States District Court for the Western District of Kentucky.

Jeff has formerly served as vice president and secretary of the 56th Judicial Circuit Bar Association, covering Caldwell, Livingston, Lyon and Trigg Counties. In addition, Jeff serves as general counsel for several organizations, including the Housing Authority of Princeton, Kentucky, as well as Caldwell County Farm Bureau, Inc., among others. He is also a member and former board member for the Princeton-Caldwell County Chamber of Commerce.
?
Jeff and his wife Morgan enjoy golfing, cooking, traveling, and spending time with family. They have a love for animals and have two yorkies and two cats. They reside in Princeton and are members of Cedar Bluff Baptist Church, where together they teach the 1st-3rd grade Sunday School class.