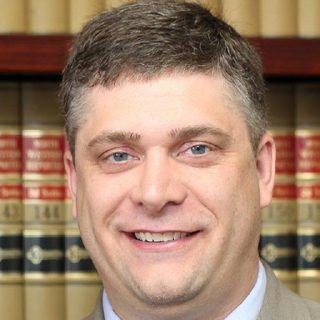 Jeff Nehring was born and raised in Williston, North Dakota. Jeff received his Bachelor of Arts from the University of North Dakota in 1993. Afterwards, Jeff attended law school at the University of North Dakota where he graduated and received his Juris Doctorate degree (J.D.) in 1996. After graduation, Jeff took a position as an associate attorney with Bjella Neff Rathert Wahl & Eiken, P.C., a law firm in Williston. As an associate attorney, Jeff practiced in a variety of areas, which included oil & gas, civil litigation and criminal law. It was during this time that Jeff discovered that his passion was criminal defense and representing injured people. After four years, Jeff left the law firm to start his own practice. Jeff Nehring concentrates his practice on criminal defense, personal injury and medical malpractice. During Jeff’s 17 year career, he has handled more than 3,000 criminal cases ranging from Driving Under the Influence to Murder. Jeff was invited to join the National Trial Lawyers, which is a national organization composed of the Top 100 Trial Lawyers from each state. A vast majority of Jeff’s clients are referred from past clients, other lawyers and prosecutors who have litigated against him in trial. Jeff looks forward to assisting you resolve your legal matter, with dedication and determination.