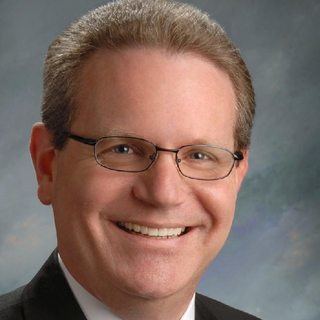 Jeffrey Jaeger is a Las Vegas criminal defense attorney who is dedicated to protecting the rights of men and women facing criminal charges throughout Las Vegas and the surrounding areas of Clark County. He uses his knowledge and grasp of the criminal process to help Nevada residents and out-of-state visitors fight for favorable results in their cases. He handles a variety of charges, including DUI, drug offenses, marijuana crimes, domestic violence, prostitution and solicitation, violent crimes, and more. Jeffery's interest in law began at a young age, but his dream of becoming an attorney was postponed because of his professional obligations and career path within the Clark County government. Although he originally was unable to commit fully to higher education, his passion for law remained. Prior to becoming an attorney, Jeffrey demonstrated his desire to help people who have been accused of a crime while he served as the Director of Litigation Support for the Clark County Public Defender's Office. As the Director of Litigation Support, he assisted defense attorneys with creating a solid and effective presentation of their case. Additionally, Jeffrey is co-author of Westlaw's Courtroom Handbook of Nevada Evidence, a book written with Soonhee Bailey. This guide is used by several Nevada judges and attorneys as a comprehensive guide on evidence in Nevada cases. The book is updated each year to keep it current. Jeffrey attended American InterContinental University where he graduated summa cum laude with a 4.0 GPA in 2008. He earned his Bachelor of Arts in visual communication. He earned his juris doctor from California Western School of Law in San Diego in 2013. As a student, he was on the Dean's List for one semester and received five Academic Achievement Awards (Amjur), including one for Law Office Technology and another for his work in Forensic Evidence.

California Western School of Law
J.D. (2013) | Law
2013
Honors: As a student, he was on the Dean's List for one semester and received five Academic Achievement Awards (Amjur), including one for Law Office Technology and another for his work in Forensic Evidence.

Founder and attorney
The Law Offices of Jeffrey Jaeger
2015 - Current

Lorraine’s Song: Have the Bench and Bar Been Listening to the Music?
2009

U.S. District Court for the Central District of California

U.S. District Court for the District of Nevada

U.S. District Court for the Southern District of California