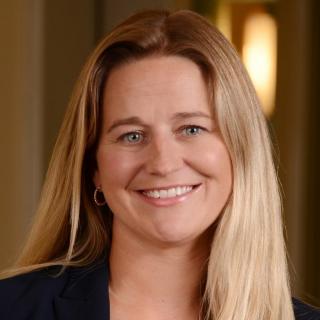 I hail from the Deep South and was born and raised in East Tennessee. Since elementary school, I had always wanted to become a lawyer. I obtained my Bachelor’s of Arts and Honors in Political Science and US History from the University of Tennessee, Knoxville. After college, I decided to take a few years off and moved to San Francisco and volunteered at a non-profit organization. While in California, I took advantage of all the state had to offer by hiking, skiing and climbing. It was there that I helped raise almost $3,000 for the Make-A-Wish Foundation by climbing North America’s tallest mountain, Mt. McKinley, otherwise known as Denali. Although I didn’t reach the top, the experience left a lasting impression on me. Despite the fact that I enjoyed the California sunshine, I realized that I wanted to pursue my dream of becoming an attorney. I received my Juris Doctor from Vermont Law School in 2006. During law school, I focused on establishing a name and reputation for myself in New Jersey, as I knew that I would be moving there upon graduation. I attended New York Law School for a semester as a Visiting Student and also took advantage of a judicial externship during my last semester. I externed in New Jersey for the Presiding Judge of the Civil Division for the Hudson County Superior Court. After graduation from law school, I permanently moved to New Jersey and served as a Judicial Law Clerk to a Superior Court Judge in the Family Division in Hudson County. While there, I was able to gain extensive practical knowledge of the inner workings of the court system, something that law school has a difficult time teaching. As a domestic relations attorney, family law provided the opportunity to fulfill my passion which drove me to law school in the first place: to give those without a voice, a voice in the ever intimidating justice system.

Filing an Order of Protection
The Harris Law Firm Blog
2010

Is Your Marriage at Risk?
The Harris Law Firm Blog
2010

Talking to Your Kids About Divorce
The Harris Law Firm
2010