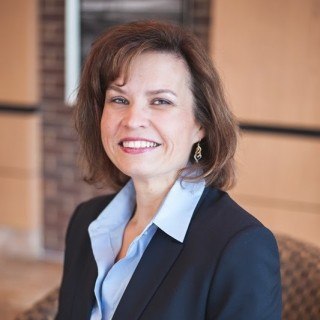 A notorious night-owl, I am the lead trial lawyer at Otis & Peters, LLC, and the managing member. My practice focuses on complex commercial litigation, probate and trust litigation, and appeals. I routinely handle trials both to a jury and to the court, and have argued appellate cases in the Colorado Court of Appeals, Colorado Supreme Court and the 10th Circuit Court of Appeals. I received my undergraduate degree from the Metropolitan State University of Denver, and law degree from the University of Colorado, where I was a published member of the Colorado Journal of International Law & Policy. I am admitted to practice in Colorado, the U.S. District Court for the District of Colorado, the 10th Circuit Court of Appeals, and the U.S. Supreme Court. I am a long-standing member of the board of the Weld County Bar Association, and currently serve as one of its representatives to the Board of Governors of the Colorado Bar Association. I am also a member of the Colorado Bar Association, serving as a District Vice President in 2008-2009 and on the Ethics Committee, the Colorado Womens’ Bar Association, the Larimer County Bar Association, and the Byron White Inn of Court. I previously served as the Weld County Bar Association President from 2010-2011, and was a member of the City of Greeley’s Civil Service Commission from 2005-2011, and served as the Municipal Court Judge for the Town of Kersey from 2004-2011. Widely known for organizing the 19th Judicial District Bench-Bar Committee’s Annual Nuts & Bolts CLE, now in its 10th year, I routinely give presentations on real estate law, business law, and ethics. I also volunteer as a mediator for the Weld County courts, and was the recipient of the Weld County Bar Association’s Andrew Borg Award recognizing pro bono service in 2009. I was named a Rising Star by Colorado Super Lawyers Magazine in both 2011 and 2012, and recently joined the board of CREW Northern Colorado. I was also recently inducted into

Charging Orders and the LLC: How to Reach Assets Hidden by a Judgment Debtor in a Limited Liability Company
August, 2011

40 Under 40 Hall of Fame
Northern Colorado Business Report
2013
Honor given to business professionals under the age of 40 in recognition of their contributions both professionally and through community service.

Andrew Borg Award
Weld County Bar Association, Inc.
2009
The Andrew Borg Award is given annually to a lawyer in recognition of outstanding contributions to the representation and availability of legal services to indigent persons.