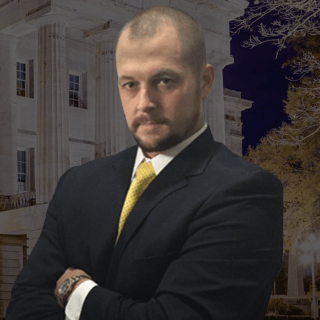 Mr. Jeremy Cotten is a native of Fuquay-Varina in Wake County, North Carolina. He attended primary education in Fuquay and has many family members from the area.

After completing his high school education, he was drafted in the 2nd Round (58th overall pick) of the 1998 Major League Baseball Draft and signed a professional contract with the Pittsburgh Pirates. He played for five seasons in the Pirates organization as third and first baseman. He was a Baseball America Top Prospect in 1998; his career stats are available here. He then returned to North Carolina to obtain his BA in Trust and Investment Management at Campbell University.

He then worked in the banking and wealth management industry for three years while earning numerous designations including the CERTIFIED FINANCIAL PLANNER designation, series 7 and 66 licenses, and numerous insurance designations.

Mr. Cotten then returned to Campbell University’s School of Law where he completed the advocacy track and earned his Law License in 2012. He then went out on his own to establish Cotton Law Firm in the heart of downtown Fuquay and has been serving the needs of his clients in central North Carolina counties ever since.

Don't Wait to Get Help
Married with two daughters, Mr. Cotten enjoys working outdoors, gardening/landscaping, and woodworking. He is an amateur gardner and grows the hottest pepper in the world: the Carolina Reaper.

Our skilled Raleigh traffic lawyer has a passion for client service and is available around the clock for his clients. We are prepared to pursue every avenue of recourse or defense on our client’s behalf and aggressively represent your claim for some of the most reasonable rates around.