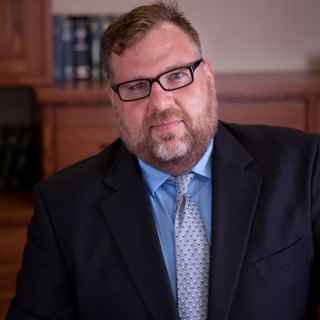 John Lentz chose the legal profession later in life because he wanted a challenging and rewarding career where he could help people in unfortunate situations and help people plan in order to avoid those same circumstances in the future. John graduated from the University of Nebraska College of Law, receiving a Juris Doctorate with Distinction in 2010. He also holds a Master of Arts in Philosophy. While in law school, John received CALI Excellence for the Future Awards in Bankruptcy, Secured Transactions, Business Planning, and Native American Law Seminar. John also received the American Bankruptcy Institute Medal of Excellence and the American Law Institute/American Bar Association’s Scholarship and Leadership Award. He was also chosen as the first-place winner in the 2009-2010 American Indian Law Review Writing Competition, for his article “When Canons Go to War in Indian Country, Guess Who Wins?” Barrett v. United States: Tax Canons and Canons of Construction in the Federal Taxation of American Indians.” 35 Am. Ind. L. Rev. 211 (2010). In addition, John co-authored an article in The Nebraska Lawyer: John A. Lentz & David P. Lepant, When the Heart-Broken are Financially Broken: Divorce and Bankruptcy, 14 The Neb. Lawyer No. 3, 11 (March, 2011).