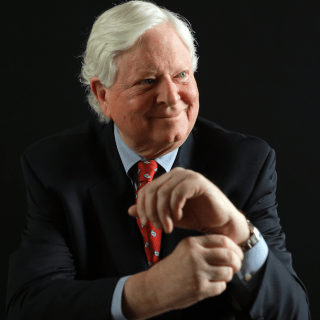 Managing Shareholder John B. White Jr.’s legal career spans 40 years and has resulted in hundreds of jury trials with numerous verdicts and successful settlements, including a $327-million jury verdict against Ortho-McNeil-Janssen Pharmaceuticals in 2011. John was appointed by Governor Henry McMaster as Chairman of the Board of the South Carolina Transportation Infrastructure Bank. John has been named a Best Lawyer in America since 2007 and a South Carolina Super Lawyer for the past 10 years. He serves on the state’s chapter of the American Board of Trial Advocates and the American Association for Justice, as well as in leadership positions on numerous boards and legal associations.

After receiving a B.S. degree in biology at Wofford College in 1972, White served in the U.S. Army before entering the University of South Carolina School of Law. He received his law degree in 1975.

“With our firm, no case is too big and no case is too small,” he says. “We have a broad cross section of people whom we represent. Our loyalty is first to our community and clients who live and work in Spartanburg County. I think being involved in the community is important,” he says. “It parallels the mission of our firm, which is to go the extra mile and to try to do a good job for our clients. I think we enjoy the success that we do because people know we are committed to them.”

Spartanburg Day School, 1984 – 2010 – Past Chairman of the Board of Trustees
Current

About John B. White Jr.