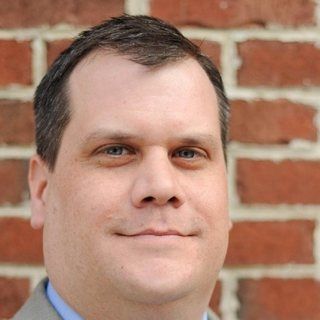 John graduated from the University of Michigan with a B.A. in English before attending law school at the University of North Carolina - Chapel Hill. John was still a student when he tried his first case as a member of the Criminal Defense Clinic. He also attempted to free the wrongly convicted, working with the Innocence Project. John gained invaluable experience as a research assistant for a member of the law school's faculty and as an intern for the North Carolina's Office of the Attorney General. John has always practiced criminal defense. He began his career at the Office of Public Defender in Fredericksburg, where he quickly rose in rank. John tried cases in numerous jurisdictions and, above his own caseload, was frequently in court lending his experience to newer public defenders as they tried their first cases to jury. As a testament to the reputation he has gained and the demand for his services, John entered private practice in the firm of Spencer, Mayoras, Koch, Cornick, & Meyer, PLC in 2009. In 2016 John, decided to build his own firm, John D. Mayoras, Attorney at Law, PLC. As always he devotes himself to representing those people accused of crimes ranging from traffic matters to violent felonies and has fought these battles all the way to the Supreme Court of Virginia.

Q. Can a lawyer ask the plaintiff to drop the felony charge down
March 25, 2016
A: Well, In Virginia technically a victim cannot drop or reduce a charge. They only person who can do that is the Commonwealth Attorney. Now a victim's input should matter to the Commonwealth Attorney, and they have to consult with the victim and include them in discussions regarding disposition of the case. But, ultimately it is the Prosecutor's decision. So in a criminal case, the victim is not the plaintiff, the crime is against the dignity of the Commonwealth. Now if you are talking about some sort of civil case, then I don't have an answer for you. There is nothing wrong with a defense attorney speaking with a victim in a criminal case as long as the victim wishes to speak to the attorney.

Q. i was charged witb posession of a firearm by a convicted felon. the PROSECUTOR ASKED THAT THE CHARGE BE DISMISSED.
March 25, 2016
A: It depends. If the prosecutor moved to nolle prosequi the charge then that is a dismissal without prejudice. Which means they can bring the charge back. And typically when they do its through a direct indictment in Circuit Court. Prosecutors will do this for a variety of reasons, mostly tactical. There are also dismissals with prejudice which means the prosecutor could not bring it back.