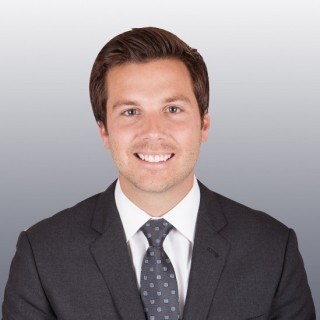 Intent on helping those victimized by insurance companies, John Clayton goes to battle for countless people injured due to someone’s negligence and recovers the compensation they deserve. As a litigation attorney at Harris Personal Injury Lawyers, Inc., John focuses exclusively on personal injury cases and only represents injured persons and their families. An aggressive litigator, he takes pride in providing passionate, caring, and personalized service to each one of his clients. John is also fluent in Spanish.

John is licensed to practice law throughout the State of California in both federal and state court. He has been named a Super Lawyers Rising Star in 2015, 2016 and 2017, an achievement limited to the top 2.5% of attorneys in California. John was also previously selected by his peers as a San Diego County “Top Young Attorney” by The San Diego Daily Transcript. He was also nominated for the National Trial Lawyers: Top 40 under 40. Additionally, John is a member of the Million Dollar Advocates Forum, whose membership is limited to attorneys who have won million and multi-million dollar verdicts and settlements, of which fewer than 1% of U.S. lawyers are members. He is a member of the Consumer Attorneys of San Diego, Consumer Attorney Association of Los Angeles, and Consumer Attorneys of California.

He enjoys spending time with his family, surfing, and music.