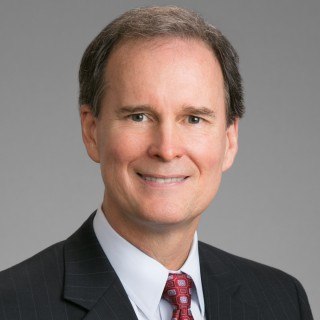 John earned a BBA from the University of North Georgia, where he was on academic scholarship, participated in ROTC military training and was on the college tennis team. John then earned an MBA from Georgia Tech, where he served as a Research Assistant.

John headed to Texas to Baylor Law School on an academic scholarship. During law school, he was a summer associate with the U.S. Army Judge Advocate General Corp in Germany. Upon graduation, John practiced law in the trial section at Woodard, Hall & Primm in Houston.

While working at the law firm, John was a founder of the award-winning Aspiring Youth After-School Programs for at-risk youth as a volunteer project of the Houston Young Lawyers, Texas Young Lawyers and American Bar Young Lawyers Associations. As Chairman, John organized and implemented citywide, statewide and nationwide programs that have reached more than 13,500 at-risk youth in more than 30 cities.

To get training in non-profit management, John earned a Master in Public Administration from Harvard University in 1997. John then founded the Aspiring Youth Foundation that had over 100 employees and raised more than $3 million. He served as President and General Counsel until 2005.

In 2005, John joined Greenberg Traurig law firm as Business Director and worked there until 2013, when he became the first Executive Director of SpringSpirit, a Houston non-profit working with under-served youth and families. John has also been an Adjunct Professor at Houston Baptist University teaching public relations.

In 2015, John returned to the legal field as the Executive Director of Beck Redden law firm. In 2017, he joined Chamberlain Hrdlicka law firm as the Chief Operating Officer.