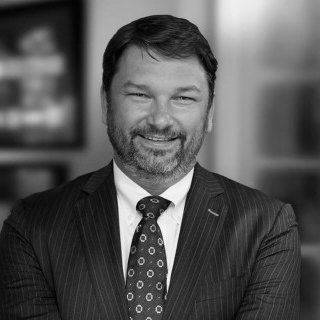 John is one of the youngest Board Certified Civil Trial lawyers in the State of Florida. This allows him to be called an expert in these cases. He is also AV-Preeminent rated and has won many awards for his role in the courtroom and in the community. He is licensed to practice law in Florida, Georgia and Alabama with passion and compassion. John is originally from Mobile, Alabama. Florida has been his home for over a decade, but he frequently works and travels to Georgia and Alabama. He is licensed to practice law in all three states and has been hired by major companies and individuals, alike, to represent them in all three. He has obtained many million-dollar and multi-million-dollar verdicts and settlements on behalf of his clients. John is the married father of two boys, Bennett and Weston. He used to be seen traveling the world, as he has run with the bulls, dived the great barrier reef, caught a marlin in international waters and loved to travel. Now, he is happiest with his children in tow, attending Jacksonville Jaguar games and spending time with family and friends.

By Your Side: Jacksonville Personal Injury, Criminal Defense and Family Lawyers