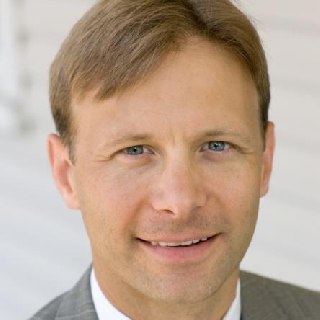 John Weber III is the President and founding member of WEBER LAW FIRM, PC. John began his legal career in 1992 after graduating from the University of Richmond, T.C. Williams School of Law.

John began his legal career with a small law firm in Danville, Virginia, where he worked on a variety of civil and criminal cases. After gaining valuable trial experience, John moved to Roanoke to work with one of the largest law firms in southwest Virginia - Gentry Locke Rakes and Moore. While at Gentry Locke, John was assigned to defend complex civil litigation cases and gained extensive trial experience in state and federal court.


After leaving Gentry Lock, John continued to litigate civil and criminal cases extensively at Kalbaugh, Pfund and Messersmith before starting WeberPearson, PC in 2003.

John has accumulated more than one hundred and fifty jury trials in state and federal court and handled large injury claims on behalf of insurance companies and serious criminal cases in both state and federal court. John developed extensive knowledge and experience litigating cases that has served him well handling cases for plaintiffs and individuals. John has argued cases for his clients before the Virginia Court of Appeals, the Virginia Supreme Court and the Fourth Circuit Court of Appeals. At Weber Law Firm, PC, the firm continues to handles serious criminal cases in state and federal court and personal injury cases for plaintiffs and individuals.

John is an active member of the Virginia State Bar and the Roanoke Bar Association in Roanoke, Virginia. He is also a former President of the Roanoke County Bar Association and held various posts in that organization. John participated in the American Inns of Courts which meets monthly in Roanoke and is designed to improve the skills, professionalism, and ethics of the legal profession.

John serves on the Board for Answering the Call, a 501(c)(3) international mission organization devoted to reaching people in difficult-to-reach places, and has been a board member since 2003. Answering the Call implements strategies to train indigenous pastors, and it partners with churches in the United States to encourage and equip indigenous leaders to minister in their communities and beyond. John has traveled extensively throughout Central American and Northern India with Answering the Call.

John is also an Adjunct Professor of Law at Liberty University School of Law in Lynchburg, Virginia. He teaches Remedies and Children and the Law in the spring and fall, respectively. John shares his passion for the law with his students and believes that continuing his legal education through teaching helps foster a greater respect and appreciation for the legal system. John is married to Cathi Lambe Weber and has two children, Johnny (13) and Jenna (10). John enjoys outdoor activities, running, boating, snowboarding and spending time with family.