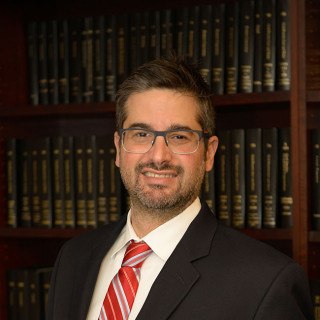 Jon Bell began his career at one of the largest litigation law firms in New York. Despite gaining vast experience in multi-million dollar claims, Mr. Bell was dissatisfied with not being able to select his own clients and, therefore sometimes had personal conflicts in handling cases where he believed to be "on the wrong side." Thereafter, he started his own law firm, which allowed him to select his own cases, handling them with passion in realizing he has made a personal commitment to each client.

Jon Bell became interested in Federal Employee litigation as he discovered the need for Federal Employees to have strong knowledgeable representation. Jon Bell loves "David and Goliath" type scenarios and always roots for the underdog. Most of his cases involve an employee fighting their management and taking on an entire Federal Agency. Mr. Bell thrives under this environment and gives his client the tools to stand up and fight back.

Mr. Bell also handles cases in New York State involving a multitude of issues that relate to Private Sector Employment and Personal Injury. His knowledge in these fields is extensive and the results he obtains for his clients are among the best.

Mr. Bell is a graduate of Brooklyn Law School. He is a member of the New York State Trial Lawyers Association and the American Bar Association. Mr. Bell is related to the "Bielski Brothers" recently portrayed in the movie starring Daniel Craig called "Defiance." He is proud of his heritage and believes in fighting for the rights of his clients even when the odds seem against them.