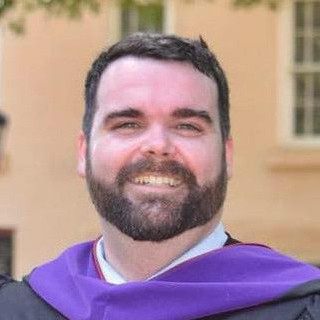 Jonathan Lewis graduated from Norwich University, the Military College of Vermont, with a Bachelors Degree in 2011. He returned to Norwich University in 2013, where he graduated in 2015 with his Masters in International Affairs, During this time he lectured upon, and focused in, International Violent Extremism / Terrorism. He has spent over ten years in emergency medicine and Fire/Rescue as a Firefighter/Medic in Vermont, Virginia, and for the Department of Defense at various postings in the Middle East.

In 2015 Jonathan decided to pursue the practice of law, and attended the University of South Carolina School of Law, where he graduated in Spring 2018. While there he was elected to the Honor Council for all three years, on which he also served as as officer. Additionally, he was one of a handful of students to try-out for, and be accepted on, both the Mock Trial and Moot Court Bars. On the Moot Court Bar Mr. Lewis appeared in multiple competitions, eventually appearing before the Judges of the South Carolina Court of Appeals, and the Justices of the South Carolina Supreme Court.

Jonathan has previously worked on both sides of the criminal bar, as both a prosecutor, and now as a Defense Attorney. As a former Special Assistant Solicitor in the Fifth Judicial Circuit he was assigned to prosecute Drug Crimes and Violent Crimes, and now uses those experiences to help those accused of drug and violent criminal offenses by the State. He is dedicated to passionate, zealous, ethical, and professional representation for all of his clients. No matter the crime or circumstances, he will fight to protect your rights and freedom using his experiences as a prosecutor and as a defense attorney.

Mr. Lewis is admitted to practice in all South Carolina State Courts and Tribunals, the Federal District Court for the District of South Carolina, and has admission pending to the Tennessee Bar.

The Application and Suspension of the Writ of Habeas Corpus in American Jurisprudence as Applied to Citizens and Unlawful Enemy Combatants
December, 2016

Federal District Court for the District of South Carolina
ID Number: 13079
Since 2019

Q. What are the stipulations to mutual combat in the state of south Carolina?
November 14, 2022
A: Yes, both parties may be charged pursuant to S.C. Code Statutes regarding assault and battery. Only fights authorized by the SC State Athletic Commission, a division of SC Labor Licensing Regulation, are immune from application of the SC Codes punishing assault and battery.

Q. How do I get a cdv misdemeanor 1st degree charge in Ohio sealed or expunged
June 20, 2022
A: Unfortunately you can’t, absent a full pardon by the Governor of the State of Ohio; sealing or expunging the arrest does not vacate or remove the underlying conviction, which is entered into the National Criminal Information Center (NCIC), the computerized index used to screen for firearms background checks. Under The Domestic Violence Offender Gun Ban, often called the "Lautenberg Amendment" the Omnibus Consolidated Appropriations Act of 1997, misdemeanor CDV convictions ban access to firearms by people convicted of any crime of domestic violence. So long as the conviction remains, the person is prevented from owning, possessing, handling, transporting, or purchasing a firearm or ammunition. As such, the only way to gain a full restoration of your rights is to apply for, and have the Governor grant, a full pardon to you.

Q. Is there a statue of limitations on financial identity theft in SC?
May 24, 2022
A: Under South Carolina Law, there are no criminal statutes of limitations.