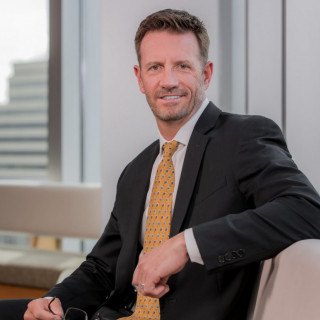 Mr. Schofield is a litigator with a broad base of experience. He represents commercial parties, litigating business, contract, insurance, employment, intellectual property, real-estate, bankruptcy, and multi-level marketing matters. He also represents plaintiffs in mass tort, wrongful death, and serious personal injury matters, and has extensive experience representing individuals who have suffered damages from utility caused fires. He has represented both plaintiffs and defendants in state and federal court and has tried cases in Utah and California.

Prior to joining Parr Brown in 2004, Mr. Schofield practiced law for five years with a New York City-based law firm, LeBoeuf, Lamb, Greene & MacRae, and was a law clerk to Chief Judge Dee Benson of the United States District Court for the District of Utah. Mr. Schofield was also an assistant adjunct professor at Brigham Young University’s J. Reuben Clark Law School, where he taught a course in debtor and creditor law for four years with former bankruptcy judge, Ralph Mabey.

Mr. Schofield has been awarded the Martindale-Hubble AV Preeminent Rating—the highest rating in both legal ability and ethical standards awarded by Martindale-Hubbell based on reviews from attorneys and the judiciary. He has been recognized by Best Lawyers in America for his work in commercial litigation and is regularly listed in Utah Business magazine’s Legal Elite for his work in civil litigation.

When not practicing law, Mr. Schofield enjoys spending time with his family and recreating in the outdoors. Mr. Schofield considers himself fortunate to live in Salt Lake City, where he enjoys convenient access to the Wasatch Mountains and can engage in backcountry skiing and snowboarding, mountain biking, and trail running.