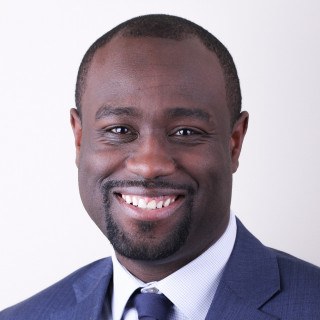 In 2009 Jonathon began to pursue his legal career and attended Thomas Kline School of Law, better known as Drexel University. While there he participated in trial team competitions and Jonathon was instrumental in helping his team reach the finals in the national competition. Jonathon was awarded the best trial attorney award from Drexel upon his graduation in 2013. Jonathon successfully passed the bar exam and has been a practicing attorney in Pennsylvania since 2013.

Jonathan began his legal career with an intense stint with the Defender Association in Philadelphia where he was trained by some of the best legal minds in the country. He has represented thousands of people who have been mistreated and thrown through an unforgiving system. He prides himself in his relentless fight for justice. Jonathon has worked with a number of attorney’s both in Philadelphia and the Chester County area to ensure that those without a voice can be heard and that their rights are not ignored. Jonathon has handled numerous serious cases such as Aggravated Assaults, Attempted Homicides, Homicide, Rape, Firearm charges, and Drug Possession Charges, just to name a few. Jonathon is a very experienced trial attorney and prides himself on his dedication to detail and giving his client’s the best representation possible.

Jonathon also has experience in family court. He has successfully litigated a number of cases that have resulted in positive rulings for his clients. Jonathon has litigated name changes, custody cases, and divorce settlements to name a few of his achievements.

Managing Partner
Luff Strenfel LLP
2018 - Current
Managing partner at LHS Law Firm. We are based in Paoli Pa. Team of three attorneys with criminal and family experience dedicated to finding justice for our clients.

professional workshop, Temple University
June 6, 2017
Tools for Success
spoke to high school kids about being an attorney and what that took. My journey and what theirs could look like if they wanted to be a lawyer.

Q. Is a Quid Pro Quo legal
November 6, 2019
A: There aren't enough facts to answer this accurately. It's broadest definition can be for both legal and illegal things.

Q. Can a Plaintiff be in violation for contacting the Defendant with a PFA?
March 13, 2019
A: While it is not a violation it does weaken your case to have one in the first place and if the defendant does violate it gives them a defense.

Q. can I fight a pending DUI that the police didn't observe me driving and don't know when I ingested the drugs?
March 8, 2019
A: Yes you can fight this. But you need an experienced attorney who has done this before. You should contact a lawyer right away