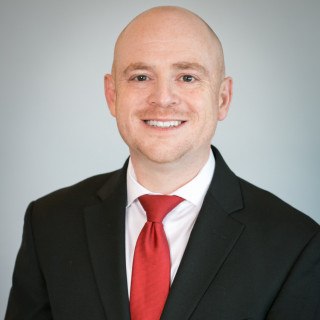 Joseph “Trey” Flynn received his Bachelor's Degree in Business Administration from the University of Florida, and went on to earn his Juris Doctor from the University of Dayton - School of Law in 2007. While in law school, Mr. Flynn served on the community service based St. Thomas More Society, while also serving as a board member and later president of the Entertainment and Sports Law Society. After graduating law school Mr. Flynn moved back to this hometown of Orlando, and went on to serve as an Assistant Public Defender for the Ninth Judicial Circuit. During his time as a public defender, Mr. Flynn defended more than 1,000 clients in several areas in both County and Circuit Court. He also served as counsel on over 70 jury trials. In 2014 he became Board Certified in Criminal Trial Law, making him an expert in the field. Board Certification is the highest level of evaluation by The Florida Bar of competency and experience within an area of law, and professionalism and ethics in practice. Mr. Flynn is experienced in handling all aspects of criminal defense, including jury trials, pretrial motions, bond motions and violation of probation hearings. He also has extensive experience dealing with mental health issues such as competency and sanity, and has even served as counsel in Baker Act hearings. Mr. Flynn’s family has lived in Orlando since the late 1950s. He currently is civically involved with several organizations including serving as president for the Yellow Brick Road: The Holden Flynn Foundation an organization dedicated to assisting children and families suffering from congenital heart disease. He is the treasurer for Mended Little Hearts of Orlando and has headed up the leading fundraising team for the Miracle Miles Run supporting the Neonatal Intensive Care Unit at Winnie Palmer Hospital for 4 straight years. Professionally, Mr. Flynn is a member of the Central Florida Association of Criminal Defense Lawyers and the Orange County Bar Association.