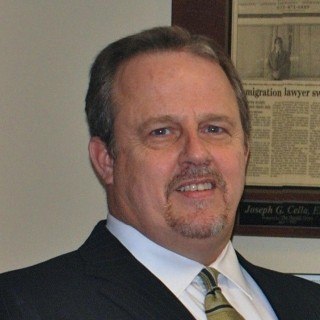 Joseph G. Cella, Esq., has been professionally involved in Immigration Law since 1989, practicing as an Immigration Attorney since 1993. His Immigration Cases have been the subject of articles in many publications including The Herald News, and he has been published in the New Jersey Law Journal. Mr. Cella has given numerous lectures on various topics within the area of Immigration Law, and has taught various political and legal courses at New Jersey’s William Paterson University, including a Masters Degree Course in Political Asylum and International Human Rights Law. Mr. Cella is the founder of Cella & Associates, LLC, US Immigration Attorneys with offices in Clifton and Fort Lee, New Jersey, and Aventura, Florida.

Q. Hello, I have question about visa and green card
April 1, 2020
A: Hi. Thank you for contacting Cella & Associates with your immigration inquiry. As long as there is no two-year foreign residency requirement associated with your J-1 status (which their shouldn’t be), and if he is a US Citizen, you should be fine. You should have a consultation with an immigration attorney to make sure there are no other issues. Joseph G. Cella, Esq. Cella & Associates, LLC National Toll Free: 877.583.7080 www.CellaLaw.com

Contact us today for an in person, telephonic, or video consultation regarding your immigration matter or visit one of our offices. Toll Free: (877) 583 7080 Email: Info@CellaLaw.com