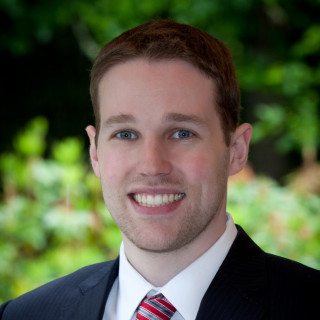 Home-grown in the Seattle area, Josh was raised in his dad's law firm. Soon enough Josh realized that he wanted nothing more than to follow in his father's footsteps. Josh and his high school sweetheart went off to the University of Washington, both with the desire to attend law school. They both graduated the UW in three years and headed off to Seattle University to complete their legal training. With his girlfriend now his wife, Josh was pushed to his best and made easy-work of law school.

With their law degrees under their belt, Josh and his wife, Sarah, began their lives as attorneys. As was his plan from high school, Josh came to work with his dad, his friends and colleagues at Magnuson Lowell P.S. In continuing with his father's work, Josh primarily handles civil litigation, personal injury, car accidents, medical malpractice, and more. Josh is an avid sports fan and dedicates much of his off time to enjoying all that Seattle sports has to offer. At home, he spends time with his wife, Sarah; their identical twin daughters and their menagerie of pets.

What to Do After a Car Accident

Car accidents and the insurance process can be confusing. Here are some helpful tips next time you find yourself on the wrong end of a collision. A personal injury attorney...

Take action now to protect your family's future. A basic estate plan can save your family thousands of dollars and a lot of effort. An estate planning lawyer can help...

DUI arrests are on the rise. Your rights are at stake. An experienced criminal defense lawyer will make sure the prosecutor doesn't take advantage of you during trial. Call today...

Education is key in a divorce. Knowing your rights can be the difference between a fair resolution and losing everything. An aggressive family law lawyer will help ensure your divorce...

Your kids are your top priority. An experienced family law attorney can ensure your divorce is efficient and that custody of your children is the major focus. Call today for...

Bicycle / car accidents can be both traumatic and confusing. Having a qualified personal injury attorney representing you can make all the difference. Call today for a free consultation!

Car Accidents and personal injury claims go hand-in-hand. After an auto accident, you need someone to represent your best interests. Call Magnuson Lowell, P.S. for a free consultation!