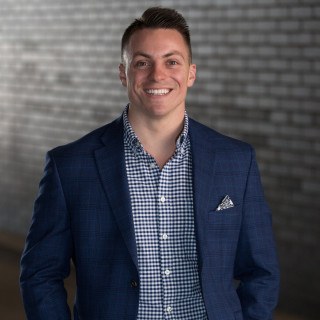 Born in Ft. Lauderdale, Florida, Josh moved to Colorado to attend law school at the University of Colorado Boulder after graduating with an undergrad degree from the University of Florida. Attracted by the culture of the west, and the call of the mountains, Josh quickly found a home in the CU Law community, and on the slopes of the Rockies. Like many entrepreneurs, Josh believes that “success” is more a product of freedom in your life than the cash in your bank account. It is that driving philosophy, among other things, that compelled Josh to start Troxel Fitch LLC in Denver Colorado. To assist entrepreneurs in the same exact quest as his own: the pursuit of a life of freedom, autonomy, and success on your own terms.

In representing clients, Josh draws upon his entrepreneurial spirit and experience to better understand entrepreneurs and aims to embody the resource he would want for himself as an entrepreneur. What does that mean? It means he won’t talk over a client’s head using complex legalese just to make himself feel smart. It means he won’t send you a massive unexpected bill because he understands that startup business owners need to know exactly what they are getting for each dollar they spend. It means he’s not going to sell you the whole plane when all you need is a ticket for one seat.

At the end of the day, we all must make a paycheck, but a life-well-lived requires more: it requires meaning. When Josh Fitch first meets a client, someone who believes in and is willing to bet on themselves, has a vision and the grit to make that vision a reality, and is ready to start a company…that’s not just a client; that’s a kindred soul. Josh finds meaning in his practice of law by helping others achieve their dreams of entrepreneurship, of freedom, and of success, and in doing so Josh achieves his own dreams. To Josh, this is more than a career, it’s a calling.