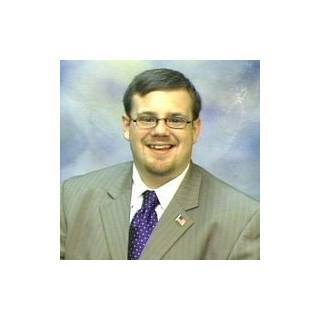 No representation is made that the quality of legal services to be performed is greater than services performed by other lawyers. No attorney client relationship is established by the use of any information contained on this site.

The varied experiences of Joshua M. Pendergrass, make him ideally suited to serve clients with various needs and case types. Growing up in Fairview, Tennessee, a small town in a rural area outside Nashville, Josh learned from his grandparents, an appreciation for hard work, and for sticking to one's word. Upon graduation from high school, Josh attended Lambuth University, in Jackson, Tennessee, on scholarship.

By the time he graduated from Lambuth in 2007, with University Honors, Josh had gained an appreciation for helping others and had the opportunity to serve in various leadership capacities. During college, Josh served as President of the Student Body, Vice President of the Student Body, Student Member of the University Board of Trustees, Speaker of the House of the Tennessee Intercollegiate State Legislature, and was named to "Who's Who" of College and University Students. He was also an active member of the Kappa Alpha Order Fraternity where he served in seven different leadership positions. Also during college, Josh played active roles in numerous political campaigns throughout the state of Tennessee.

Upon graduation, Josh served as the pastor of the Bardwell and Corinth United Methodist Churches in Western Kentucky. During that time he also served as the Assistant Director of Sports Information at Lambuth. After leaving his charge in May 2008, Josh served as the campaign coordinator for a Tennessee Congressional Campaign, before starting law school in August 2008.

While attending Jones School of Law in Montgomery, on a partial scholarship, Josh was elected to serve on the Honor Court, served as Secretary of the Jones Law Republicans, and was a member of the Federalist Society. During his first year of law school, Josh advanced to the elite-eight of the first year moot court competition; and during his last year, he was a finalist in the J. Greg Allen Mock Trial Competition, and participated in the school's Family Violence Clinic. While a student, Josh was a law clerk for the Honorable Judge John B. Bush of Alabama's 19th Judicial Circuit, and worked at a Montgomery based political consulting firm where he worked for noted politicians such as Alabama Governor Robert Bentley, Alabama Lieutenant Governor Kay Ivey, Alabama Agriculture Commissioner John McMillan and others.

Josh is married to the former Leslie Brown of Pinson, Alabama, and they have three dogs, Maggie, Kady, and Coco; they are also the guardians of Josh's teenage brother Jonathan.