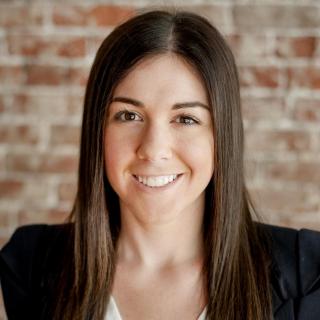 Karina N. Lallande received Bachelor of Arts Degrees in Sociology and Global Studies with a Socio-Economic and Political Emphasis from the University of California, Santa Barbara and a Juris Doctor Degree from the University of California Hastings, College of the Law in San Francisco, California. Ms. Lallande is an attorney with the firm Lallande Law, PLC, where her practice focuses on litigating personal injury and wrongful death cases, primarily involving claims of premises liability; trucking accidents; collisions between automobiles, motorcycles, bicycles, and pedestrians; defective products; civil rights; and medical malpractice. Ms. Lallande represents victims who have suffered catastrophic injuries, such as brain injuries, spinal cord injuries, birth injuries, amputations, and traumatic fractures. Ms. Lallande is admitted to the State Bar of California, the United States Supreme Court, the United States Court of Appeals for the Ninth Circuit, and the United States District Courts for the Northern District of California, Central District of California, and Southern District of California. Ms. Lallande is a member of the American Association for Justice (AAJ), Consumer Attorneys of California (CAOC), and Consumer Attorneys Association of Los Angeles (CAALA). Ms. Lallande was honored by the Consumer Attorneys of California as a Nominee for the 2011 Woman Trial Lawyer of the Year. Ms. Lallande has been named among the Southern California Super Lawyers “Rising Stars” for 2014, 2015, 2016, and 2017. Ms. Lallande has been named as a “Top 40 Under 40” trial lawyer by The National Trial Lawyers for 2016 and 2017. She has also earned the coveted, prestigious “AV” Preeminent Rating by Martindale-Hubbell for achieving the highest level of professional excellence and ethics. Ms. Lallande served on the Board of Directors of Los Angeles Trial Lawyers’ Charities (LATLC) in 2016 and 2017 and on the Board of Governors of the Long Beach Bar Association in 2017

University of California Hastings College of the Law
J.D. (2010)
2007 - 2010
Activities: Supervising Editor of the Hastings International and Comparative Law Review

The Mediation Process and Selecting Your Mediator
Forum
March, 2014

Consumer Attorneys Association of Los Angeles
Board of Governors
2018 - Current