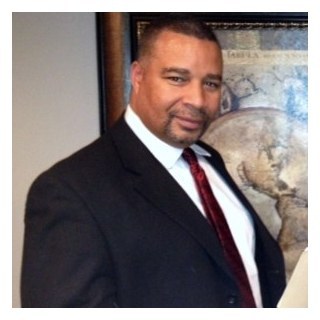 KELLY G. LAMBERT was born in Omaha, Nebraska and graduated from Ottawa Hills High School in Grand Rapids, Michigan in 1981. In 1985, he received his Bachelor of Arts in international relations from Michigan State University where he was a National Merit Scholar. In December 1988, he received his law degree from University of Michigan Law School, where he was the recipient of the Wolverine State Bar Association Scholarship. In 1989 he was licensed to practice law in New York. In 1990 he was admitted to practice law in Michigan. He was admitted to practice in the US District Court for the Western and Eastern Districts of Michigan in 1990 and 2009, respectively.
Mr. Lambert’s practice emphasis is in the areas of family law, bankruptcy and state and federal criminal representation. He also has extensive experience in civil, business and real estate law. In addition to his trial court work, Mr. Lambert has successfully advocated at the Michigan Court of Appeals.
In his criminal practice, Mr. Lambert has successfully litigated a broad range of criminal cases, including manslaughter, abuse and felonious assault, sex and pornography crimes, drug crimes, drunk driving and robbery. Successful outcomes to criminal cases include:
• Negotiating a 9 month sentence for a client faced with a life offense for a criminal sexual conduct charge.
• Negotiating a 1 year probation sentence for a client charge with negligent manslaughter who fell asleep at the wheel, struck and killed a pedestrian on the side of the highway.
• Argued a criminal sexual conduct case for a client facing a 15 year sentence, having all charges dismissed.
• Arguing a case over 4 months for a client charged with unarmed robbery, a 15 year offense, with the client receiving only a $250.00 fine.
Mr. Lambert has been actively involved in various community organizations for years, including the Clinic for Child Advocacy and United Way Justice Committee Board, legal writer for the Grand Rapids Times, volunteer for various neighborhood associations and election campaign committees, Grand Rapids Community College Business Advisory Board Member, Trustee for Living Word Church and Board Member for Guiding Light Mission (a homeless shelter). Prior to his legal career, Mr. Lambert worked at the Pentagon for the Secretary of the Air Force, Hq USAF.
Mr. Lambert is a member of the State Bar of Michigan and the New York State Bar Association as well as the Grand Rapids Bar association.