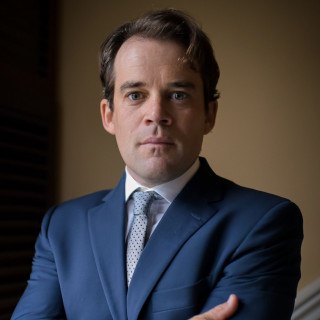 In 2009, Kevin O’Keefe returned to New Hampshire to practice law in his home state after gaining education and experience around the country. Kevin began his legal career at the Broward County Public Defender in Fort Lauderdale, Florida. Trial was a daily occurrence in this urban area where for two years, Kevin spent every day in court and tried dozens of cases. Kevin won acquittals in his first three cases including two DWIs. Applying this invaluable trial experience, Kevin continued to secure favorable outcomes for thousands of clients in New Hampshire.
In the fast paced trial practice, there is no time to sugar coat and no tolerance for the unprepared. Kevin’s experience in New Hampshire and Florida is unmatched. He is often called on to pass his knowledge to other lawyers in; typically presenting on panel jury selection.
Kevin captained, then coached the UNH tennis team prior to law school. Kevin attended Roger Williams University School of Law in Rhode Island and clerked at the Pentagon for the United States Air Force conducting administrative analysis and assisted in criminal investigations.
In 2009, Kevin moved home and has handled every type of case from DWIs to major felonies including homicides as an attorney with the New Hampshire Public Defender.
No one can control what another human being will decide. Kevin provides straightforward advice, representation, and candor to everyone. He will not over promise you results. Instead, he will fight to get you options and empower your decision-making with information.
Kevin is an avid surfer and can be found in the ocean at dawn year-round. He loves sports and graduated with a Master’s in Sports Administration from the University of Miami (FL).
Kevin has ridden the bus with homeless clients in Miami and played badminton with military generals at the Pentagon. He will client's individual goals through to the end with an empathy and tenacity.

What is the difference between criminal recklessness and negligence?
roklawyers.com
December 21, 2019

Florida
The Florida Bar
Since 2007