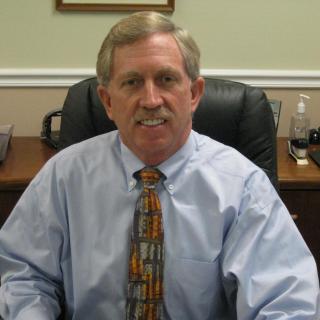 Larry Sandefer has handled well over 5,000 criminal cases. Over 250 of these have resulted in jury trials of from one day to several weeks in length. These trials have included numerous first degree murder cases, multi-jurisdictional drug and homicide conspiracies, drug trafficking, sales and possessions, sexual battery, lewdness and exposure charges, arson, white collar crimes including trade secrets and fraud, robbery, theft, assault and battery, domestic violence, traffic deaths, DUI, resisting arrest, shoplifting, abuse allegations of children and the elderly, embezzlement, insurance fraud, burglary, kidnaping, and many other criminal charges. Mr. Sandefer has been honored with the national recognition of being named to the Bar Register of Preeminent Lawyers in America. This is a register which lists only the most distinguished law practices, those that signify the highest levels of legal ability and the adherence to professional standards of conduct, ethics, reliability, and diligence. Mr. Sandefer has achieved a prestigious rating of AV by Martindale-Hubbell. This rating is a result of a peer review system based upon the confidential opinions of practicing attorneys and judges. Martindale-Hubbell has been recognized for over a century as the most respected source of authoritative information about members of the legal community. An AV rating reflects an attorney who has reached the heights of professional excellence and is recognized for the highest level of skill, integrity, and ethical standards. He has been named a Florida Super Lawyer by Florida Super Magazine in 2009 and one of the top 100 Trial Attorneys in Florida by the National Trial Lawyers Association.

Q. Can convictions ever be changed later on in life? It was adjudication withheld 10 years ago.
March 20, 2017
A: Your answer is not going to be a yes or no. If you have never been convicted of a crime you may be eligible to get your record sealed. A withholding of adjudication means you were not convicted under Florida law. So, if that is all you have ever had you may be eligible for a sealing. A sealed record means that under Florida law you can say it does not exist, and the general public will not be able to locate it in the local government records. However, there are exceptions in the statute to when and to whom you must reveal it. Also, the federal government does not recognize a withholding of adjudication and the federal government will treat it as a conviction. You should talk with an experienced criminal defense attorney about your particular situation and what may be available for you. It is worth talking to someone.