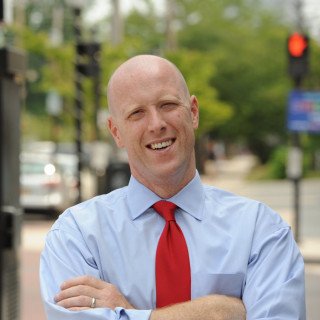 Lee Kindlon, the founding partner of the Kindlon Law Firm, has represented clients in some of the area's most high-profile criminal cases. From those hard-fought courtroom battles, he uses his experience to benefit clients across the legal spectrum. Lee's experience in civil litigation includes matters based on contract, fraud, civil rights violations and negligence. He has successfully resolved a number of high-value personal injury and wrongful death cases.

Lee's practice also includes the representation of corporations and professionals in white collar criminal cases. From preventative advice for companies to successful resolution for those charged with financial crimes, fraud or larceny, Lee has the knowledge and experience to provide excellent legal counsel.

After receiving his commission in the Marine Corps and during his three and a half years on active duty with the Marines, Lee worked as a Judge Advocate, first in Legal Assistance, and then as the prosecutor for Marine Corps Base Camp Lejeune. In September 2005, he deployed to Iraq as a Battalion Judge Advocate and was stationed in Fallujah until April 2006. Now a Lieutenant Colonel, he remains part of the Marine Corps Reserve as the Reserve Officer in Charge of Appellate Defense for the Navy-Marine Corps Court of Appeals.

Lee Kindlon is a nationally-recognized speaker on evidence, civil rights and gun laws. He has spoken to groups across the state on matters of veterans in the criminal justice system. Lee has also had the honor of teaching service members around the world about the Laws of Armed Conflict, the Geneva Conventions and lessons learned as a Judge Advocate.

Police Liability Claims from Start to Finish, Latham, New York
May 16, 2018
National Business Institute
Increased media focus on police misconduct has brought the issue to the forefront of the public conscience. How prepared are you to handle the complexities of a police misconduct lawsuit? In this comprehensive overview of these contentious claims, experienced attorney faculty will share their years of experience so you can more effectively weigh the strengths and weaknesses of a claim, overcome document discovery hurdles, recognize inconsistencies in incident reports and more.