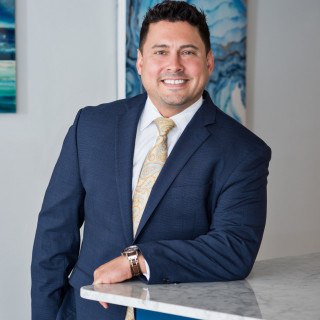 Lee Pearlman was born and raised in Dillsburg, Pennsylvania, a small town just outside of Harrisburg.

He attended college at the University of Maryland, College Park where he received two bachelor of arts degrees and two minors. While in college he enlisted in the U.S. Army Reserve and served two years in the Military Police.

After college Lee moved to St. Petersburg where he attended Stetson University College of Law. While there Lee was a member of Stetson's top nationally-ranked Trial Team and Alternative Dispute Resolution Board. He was the recipient of the Ralph Harris Ferrel Competition Award and The National Order of Barristers for his performance on those teams. Lee also served a judicial internship with the Honorable Donald E. Horrox in the Sixth Judicial Circuit, Pinellas County.

After graduation Lee accepted a position with the Pinellas County State Attorney's Office, where he also interned during law school. During his time as an Assistant State Attorney Lee tried over 87 jury trials, ranging from 1st-degree felonies to 2nd-degree misdemeanors, including all traffic-related citations and crimes. He served in the county, traffic, and felony courts and dealt with every aspect of criminal law, including writing multiple successful appeals and handling Executive Assignments from the Office of the Governor.

Lee is a partner at Denmon Pearlman Trial Attorneys where he practices Criminal Defense, DUI, and Personal Injury including Car Accidents.

The Story of Denmon Pearlman - How We Met

This is the story of how three trial lawyers came to meet and ultimately form one of Tampa Bay's best law firms, Denmon Pearlman Trial Lawyers. Christian Denmon, Nicole Denmon,...

Denmon Pearlman - Relax, We've Got This