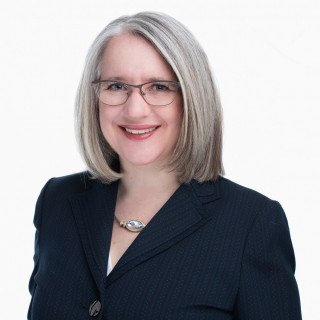 Since graduating from The University of Texas School of Law, one of the nation’s top law schools, Liisa Speaker has become well known for her excellent written and oral advocacy. Her appellate skills have helped clients obtain victories in appeals ranging from custody disputes to no-fault automobile insurance litigation to real property case and to probate appeals.

Liisa Speaker founded Speaker Law Firm in April 2007. It is the only appellate boutique law firm in Michigan. The attorneys at Speaker Law Firm have extensive experience before state and federal appellate courts, but also strive to bring a pragmatic view to their client's cases.

Liisa has obtained favorable rulings for her clients, resulting in published opinions. For example, in In re Keast she obtained a victory in a published opinion in the Michigan Court of Appeals in an adoption case which is now one of the most frequently cited cases in Adoption Law. In Rose v Rose, Ms. Speaker's efforts led to a published opinion addressing whether a party who waived his right to modification of spousal support can obtain relief from judgment. In Glaubius v Glaubius, the Court of Appeals held that a couple's divorce judgement did not bar the mother from later seeking a revocation of her ex-husband's paternity.

Through her written and oral advocacy, Ms. Speaker has demonstrated a passion for developing an appellate practice that gives her clients a voice, while contributing to the legal community. She is a council member and the current recording secretary for the State Bar of Michigan Family Law Section, as well as a fellow of the American Academy of Matrimonial Lawyers (AAML). She was also previously appointed by the Michigan Supreme Court to two four-year terms on the Court Reporter and Recorder Board of Review. Liisa lives in Lansing with her husband, two daughters, two Great Danes and a turtle.

How Do You Know When to File Your Probate Appeal in the COA or Circuit Court
Michigan Estate Plannig and Probate Journal
June, 2014

There's No Race to the Courthouse for adoption and paternity actions, but timing matters
Michigan Lawyers Weekly
May, 2010

Family Law Section Mid-Summer Seminar
To Appeal or Not to Appeal
2012 - 2012
Activities: Presenter

In this episode we talk about invading separate property in a divorce action, snitches in the criminal justice system, and how to select a personal injury attorney. Join Speaker Law...

In this episode we talk about the rights of grandparents to see their grandchildren, how federal and state criminal cases differ, and the rights of motorcycle accident victims and how...

Liisa Speaker finds out from Catherine Tucker of Sinas Dramis Law Firm which 3 coverage options are best recommended. And with the recent changes in the No-Fault Law, purchasing these...

Now that Michigan has legalized marijuana, what are the rules for people who want to partake? Liisa Speaker receives some great tips from cannabis attorney John Fraser of Grewal Law...

In this episode we’re going to help you in picking auto insurance under the new no-fault law. We’ll also talk about juveniles in the criminal justice system and working with...

In this episode we talk about with a husband-wife attorney team about how to handle conflicts during divorce cases. We also discuss race in the criminal justice system and learn...

Real stories, real cases. In the Name of the Law. This week’s episode explores how eye-witness testimony frequently misidentifies perpetrators in criminal cases. We also discuss why you should settle...

Real stories, real cases. In the Name of the Law. In this week’s episode we meet a family that was saved by the no fault system and learn about how...

Real stories, real cases. In the Name of the Law. Sometimes life is not fair. But sometimes it’s about moving on and accepting the unfairness. In this week’s episode we...

Real stories, real cases. In the Name of the Law. This week’s episode is about tragedy and how to navigate through life-altering situations. What happens to a child when the...

Real stories, real cases. In the Name of the Law. This week’s episode is about finding hope in difficult situations. Hear the amazing stories of hope from burn-survivors to exonerated...

Real stories, real cases. In the Name of the Law. This week’s episode features a story of how 3 wrongfully accused dogs were saved from death row. We also talk...

Real stories, real cases. In the Name of the Law is the show that informs and discusses everything from laws, settlements, conflicts, hope, tragedy, resolutions and inspiration. Join host Liisa...

Real stories, real cases. In the Name of the Law is the show that informs and discusses everything from laws, settlements, conflicts, hope, tragedy, resolutions and inspiration. This week’s episode...

8. What do I Need to do to Retain Speaker Law Firm?

1. Why Should Your Attorney Recommend You to an Appellate Attorney?

3. At What Point Can You Hire an Appellate Attorney?

4. How Much Time do I Have to Appeal?

6. Does My Appeal Go Back to the Same Trial Court Judge?