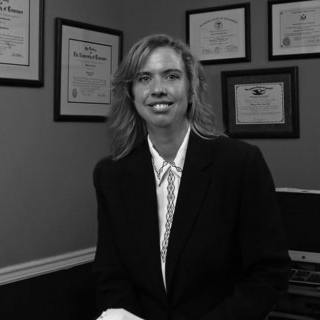 Margaret Held has known she wanted to be a lawyer since she was 8 years old, hearing the stories of her grandfather's practice in Knoxville. "When you decide to become a lawyer when you are a kid, it's because you want to stick up for the little guy and take down the bully."

As a new attorney, that attitude landed Ms. Held a prestigious Equal Justice Fellowship, awarded by the National Association for Public Interest Law to honor lawyers who make unique contributions in public law. The Fellowship allowed Ms. Held to represent entrepreneurs and non-profit rganizations to create and retain jobs in poor neighborhoods. "These folks could not afford corporate counsel," says Ms. Held. "It was great to be a new attorney, working up the legal documents to start a bank, suing the government over its use of economic incentives, and representing welfare moms to start businesses ranging from child-cares to ice cream parlors."

After the fellowship ended, Ms. Held continued her mission by founding Held Law Firm. "The Firm exists to support lawyers who have enough little kid in them to love the fight - who wake up each morning excited to take on the big boys, and who haven't become cynical about ideals like justice and fair play."

Ms. Held represented India Tracy in her lawsuit against the Union County school system for religious discrimination. She represented Citizens for Police Review in its battle for increased accountability within KPD. She helped the Tennessee Industrial Renewal Network to fight for a living wage for Knoxville workers. She obtained a record-breaking settlement for a Department of Energy whistleblower who reported safety violations in Oak Ridge. She represented KnoxRecall in its drive for increased accountability from Knoxville city lawmakers, and Knox County over abuses within the juvenile detention facility. "I suppose that these sorts of lawsuits haven't made me many friends in certain circles," laughs Ms. Held. "But they weren't who I went to law school for anyway."


"But seriously," she continues, "As fun as those cases are, the issues that matter most to real people are much more personal. Law, for regular people, is about your kids, your job, your business, your neighborhood. That's why we specialize in family law, employment law, and non-profit law." "My best hope is that we will take the mystery out of the legal process for my clients - that they will know how the legal system works, feel like they got sound advice and a good outcome, and know that, win or lose, we fought the good fight for them. Big cases are great, but there's nothing more satisfying for me than to represent an honest, hard-working person well."