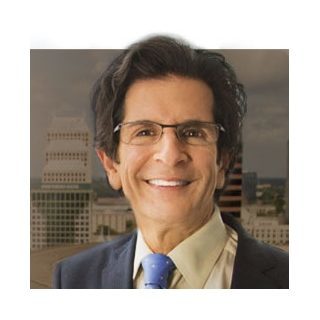 Mark NeJame received both his Bachelor's Degree and his Juris Doctorate from the University of Florida. He graduated from UF’s, College of Law, in 1980. He is based primarily in Central Florida with his main office in Orlando. His firm has other satellite offices in Central Florida. He has routinely handled both state and federal cases and clients throughout Florida, having practiced in numerous counties throughout the state as well as in all of Florida’s federal district courts; the Middle, Northern and Southern U.S. Districts. In addition to Florida, he has represented clients and handled cases in numerous other states and districts throughout the United States and the Caribbean including Georgia, Texas, Massachusetts, California, New York, Virgin Islands, New Jersey, Michigan, North Carolina and Virginia. For the first 25 years of his 32 year career, Mark NeJame primarily devoted his practice to criminal defense. His state and national reputation was achieved by passionately representing thousands of clients charged with essentially every type of criminal offense. Today, NeJame Law, has the largest criminal defense team in Central Florida, and possibly in Florida. Because of the demand for him and his firm to provide additional legal services, NeJame Law expanded its practice areas several years ago and now includes strong and equally well respected personal injury, immigration, family law and civil/commercial litigation divisions. Utilizing the same reputation, ethical approach and negotiating and trial skills for which he and his firm have become renowned, NeJame Law's extraordinary Personal Injury Division helps and represents individuals and families who have been injured or killed in everything from vehicle accidents to negligent security injuries to excessive use of force by law enforcement cases. The Immigration, Family Law, Immigration and Commercial Litigation Divisions, are similarly dedicated to the same measure of excellence NeJame Law demands.

Love And The Law: The Realities Of Prenuptial Agreements
Orlando Style Magazine
2013

Tis the season for Holiday wishes, and hopefully much more for DREAM(ers); a look into the controversial DREAM Act.
Orlando Style Magazine
2013

You Don’t Necessarily Get What You Pay For: Recent Changes to Florida PIP Insurance
Orlando Style Magazine
2013

A Deadly Combination -- Guns and 'Stand your Ground'
CNN
2012

Texting and Driving: Should Florida Punish Those Who Are 'Distracted'?
NeJame Law
2011

Preeminent 5.0 out of 5
Martindale-Hubbell