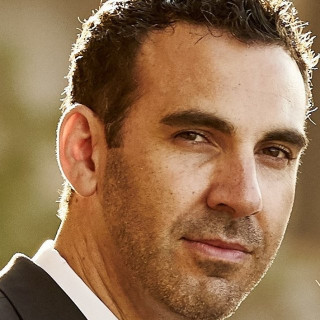 Mark Vomacka Larson (born in 1980) is an American award-winning attorney, currently a named-partner at Larson, Larson & Dauer, a renowned workers’ compensation law firm based in Mission Hills, LA, California. He was also recently named a partner at the historic employment law firm of Jeffrey C. McIntyre, now called McIntyre & Larson, A Law Corporation. Larson is a noted and top-rated litigation attorney and focuses his practice on workers' compensation, and employment law.
Larson has been consistently listed as a Super Lawyer, along with being one of the Best Attorneys in America by the American Academy of Attorneys and the American Institute of Law. He was also repeatedly named as a Top 40 under 40 Attorney.
Since the beginning of his career, Larson has given each client individualized attention, striving to obtain the maximum amount of money for his clients. He believes that the legal system is inherently flawed, as the rich and powerful insurance companies always take advantage of the injured and deserving.[8] Therefore, every client needs individualized attention, which allows maximum recovery for his clients.
Larson has been widely recognized for his involvement in multiple high-profile cases and has garnered the attention of media houses including Forbes, BuzzFeed, Daily Herald, Medium, NBC, and others.

Larson was born in 1980 to Lubos Charles Vomacka, a Czechoslovakian Olympic Athlete, and Rose Marie Larson and raised in Camarillo, California. His parents got divorced when Larson was a kid, and he was then raised by his stepfather, Gregory Larson. Larson's enthusiasm for the law was fueled by growing up in a family of attorneys and witnessing insurance firms refuse compensation to rightful parties.

Later, he enrolled in the California Polytechnic University, where he studied business marketing and obtained a Bachelor’s degree in Science. He then went to Southwestern Law School in Los Angeles and graduated with a Juris Doctor.

WHAT DOES IT MEAN WHEN YOUR WORKERS' COMPENSATION CLAIM HAS BEEN DENIED? BY ATTORNEY MARK LARSON
YouTube
September 23, 2020

HOW TO FILE A WORKERS' COMPENSATION CLAIM WITHOUT AN ATTORNEY - DWC-1 FORM. BY ATTORNEY MARK LARSON
YouTube
September 15, 2020

How To Practically Handle A Less Than Perfect Work Environment
Foroes
August 29, 2019

Virtual Freelancers And The Future Of Human Employment
Forbes
August 8, 2019

WHAT IS A DEPOSITION? BY ATTORNEY MARK LARSON
YouTube
June 26, 2019

When Can You Sue Your Boss for Wrongful Termination?
QUE BLOG
January 1, 2019

A PRACTICAL EXPLANATION OF WORKER'S' COMPENSATION (YES IT IS A TERRIBLE SYSTEM) ATTORNEY MARK LARSON
YouTube
May 2, 2018

WHAT DOES IT MEAN WHEN YOUR WORKERS' COMPENSATION CLAIM HAS BEEN DENIED? BY ATTORNEY MARK LARSON

WHAT DOES IT MEAN WHEN YOUR WORKERS' COMPENSATION CLAIM HAS BEEN DENIED? BY ATTORNEY MARK LARSON

WHAT IS A DEPOSITION? BY ATTORNEY MARK LARSON

WHAT IS A DEPOSITION? BY ATTORNEY MARK LARSON