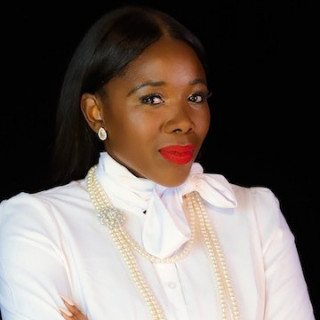 Masah S. SamForay, has earned national recognition as a force for her clients. Beyond being recognized as a Top 100 Lawyer, Masah SamForay knows the concerns of clients, intimately. She is a divorcee and working mother who understands what it means to fight for her family during a difficult divorce.

Atty. SamForay is a Co-Founder and Past-President of the Black Bar Association of Will County. She is a member of the Black Women Lawyers’ Association of Greater Chicago, Inc. and served on the 2017-2018 Board and as the Co-Chair of the Small and Solo Firm Committee from 2013-2016. She is a member of the Illinois State Bar Association- where she holds appointments to the Family Law Section Counsel, Racial and Ethnic Minorities in the Law Committee. She is also active in the Cook County Bar Association, where she was the 2016 and 2017 Chair of the Family Law Committee.

Atty. Masah S. SamForay founded The Foray Firm to preserve the dignity of families in transition. She received both her Juris Doctorate and Bachelor of Arts from Indiana University-Bloomington. She is licensed to practice law by the Supreme Court of Illinois. Outside of the legal community, Atty. SamForay is very active in her community and holds multiple appointments for organizations with a focus on women, children, and underserved populations. Most recently Atty. SamForay was appointed to the Board of Trustees of Governor’s State University. Atty. SamForay is of Sierra Leonean descent, so she enjoys international culture and travels.

Woman of Empowerment 2016
The Honorable Dorothy Brown, Clerk of the Circuit Court of Cook County

Website
The Foray Firm - Preserving the Dignity of Families in Transition

Thank You for Calling The Foray Firm