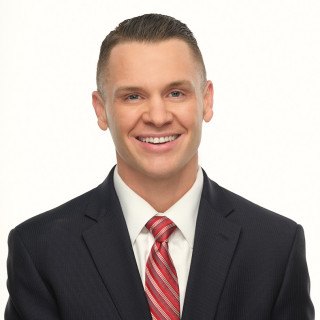 Attorney Mathew A. Work is the founding partner of Carlson & Work and is widely regarded as one of Nevada’s top attorneys. Mathew A. Work was born in Henderson, NV where he was raised by his single mother and grandparents.

Mathew passed the Nevada bar on his first attempt and accepted a position as an associate attorney where he successfully defended criminal cases at jury trial.

As a result of his work efforts, Mathew was then offered a position as a criminal prosecutor for the City of Reno. This experience was invaluable. Mathew spent years actively litigating criminal cases at trial. Mathew founded Work Law, now Carlson & Work in 2017.

Mathew’s ability as a trial attorney has consistently earned praise from the Northern Nevada legal community. In 2017, 2018, 2019, and 2020, he earned recognition as Top 40 under 40 nationally, voted by the National Trial Attorney LLC. Mathew was also named Top 10 Trial Attorney by the Nevada Trial Lawyers Association. In 2020 Mathew was awarded Nevada Attorney of the Year by Top 100 Registry Inc.

Mathew is also a Law Professor at the University of Nevada, Reno and TMCC

Thomas Jefferson School of Law
Mathew passed the Nevada bar on his first attempt and accepted a position as an associate attorney where he successfully defended criminal cases at jury trial. Mathew was then offered a job as a criminal prosecutor. This experience was invaluable. Mathew spent years trying cases and prosecuting criminal charges. His ability as a trial attorney consistently earned praise from the Northern Nevada legal community.
Honors: Jefferson Award, Witkins Award, Cali Award, Deans List
Activities: In addition to practicing law, Mathew is a Law Professor at the University of Nevada, Reno and Truckee Meadows Community College.

Carlson & Work is a client-centered law firm with the most accredited and experienced family, divorce and defense lawyers in Reno, Nevada. As a result of our hard work and dedication, we have earned the position of Reno's top-rated law firm. Schedule a Consultation: https://www.workatlaw.com or Call Now: 775-386-2226

ESTATE PLANNING LAWYERS IN RENO, NV: https://www.workatlaw.com/practice-ar... At Carlson & Work we are dedicated to protecting your family now and in the future. Estate Planning allows us to easily ensure your family is protected and your legacy is preserved today, tomorrow, and in the future. As Reno’s highest-rated family and estate planning firm, you can be ensured your matter is in the best of hands.

Carlson & Work is a client-centered law firm with the most accredited and experienced family, divorce and defense trial lawyers in Reno, Nevada. Our attorneys specialize primarily in Divorce, Family Law, Child Custody, and Criminal Defense. As a result of our hard work and dedication, we have earned the position of Reno’s top-rated law firm.

It is important to have representation, who will fight for your legal rights, and who has expertise from both sides of the judicial system; prosecution and defense. Carlson & Work will offer you the best legal counsel in Reno. When it comes to family law, you couldn’t have a better attorney in your corner. Mathew Work’s previous experience as a criminal prosecutor will give you the upper hand in your case and will work diligently to ensure you are represented justly in your case.

Carlson & Work Reno DUI Lawyers & Criminal Defense Attorneys in Reno, NV - Visit: https://www.renoduiattorneys.com/ or Call Now: 775-386-2226. If you’re facing life-changing DUI or criminal charges, you need a defense attorney with courtroom experience, an understanding of what the prosecutor is thinking, and a reputation that can back it up.

Carlson & Work: Reno ChiId Custody Lawyers & Visitation Attorneys in Reno, NV - Visit: https://www.workatlaw.com/ or Call Now: 775-386-2226. CUSTODY AND VISITATION Carlson & Work has the reputation, experience, and determination necessary to successfully litigate your custody case. As a parent, you have rights. Allow us to protect and preserve your right to parent your child.

Carlson & Work: Reno Divorce Lawyers & Family Law Attorneys - Visit: https://www.workatlaw.com or Call Now: 775-386-2226. DIVORCE LAWYER IN RENO, NV When going through a divorce, you need an attorney who can achieve the long term results you deserve. Carlson & Work has a track record and reputation of obtaining a result that benefits our client.