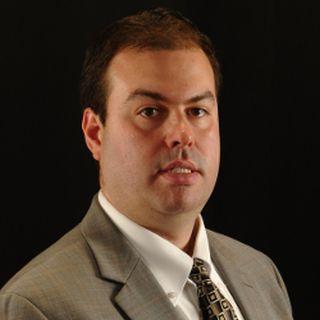 The first-generation son of immigrants, Matthew Borowski is a knowledgeable and compassionate lawyer. He has been featured on news media outlets including CNN, NBC, ABC, and The Buffalo News for his asylum and refugee work. Matthew is licensed in both the U.S. and Canada. He is well-versed in immigration matters including deportation defense, family and business immigration including NAFTA/TN visas and rehabilitation/waivers, federal criminal defense, and post-conviction relief. He appears before Immigration Courts, the Board of Immigration Appeals, USCIS, New York state courts and the U.S. Court of Appeals for the Second Circuit. Borowski Law is located in downtown Buffalo, New York on the top floor of the historic Ellicott Square building, just minutes from the Peace Bridge.

Q. I was detained at the airport, requested asylum and later on granted.
April 5, 2017
A: Did you read the full question? It says: 23. Have you EVER been arrested, cited, or detained by any law enforcement official (including any immigration official or any official of the U.S. armed forces) for any reason? You just said that you were detained at the airport. You were probably detained by an immigration official. So the answer is yes. The question on the I-485 is worded differently. It asks if you've ever been arrested for breaking a law. That would not cover being detained as an asylum seeker at the port of entry.

Q. i have had my green card for 10 years im getting married, what is my next step
April 5, 2017
A: If you've been a lawful permanent resident for 10 years, you are probably eligible to naturalize and become a U.S. citizen. You will need to file an N-400 to do this. If you have had any criminal history, lengthy absences from the U.S., or even repeated speeding tickets or other blemishes on your record, make sure you discuss with an attorney before filing. It has nothing to do with your marriage. Marrying a U.S. citizen does not automatically make you a U.S. Citizen.

Q. Can I re enter US if my i-130 is accepted?
April 5, 2017
A: If you overstay in the U.S. for over one year, and depart the country, you will have a 10 year unlawful presence bar and cannot re-enter the U.S. I recommend you speak with a good immigration lawyer about your eligibility to adjust status once the I-130 is approved. If your father is a U.S. citizen, you may have been eligible to apply for adjustment of status concurrently.