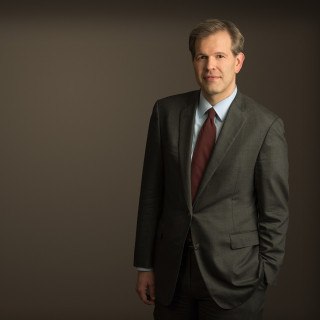 Matt Kaiser has represented hundreds of clients through some of the most difficult times in their lives. Matt has represented corporate executives and folks living on the streets. He has represented large corporations in sophisticated civil cases, and individuals in less complicated matters.

He has defended people accused of almost every kind of federal crime including tax evasion, bribery, fraud, drug dealing, arson, weapons charges, and violating export controls. Matt has helped people with trials, appeals, and post conviction petitions, and he has represented people and corporations in both state and federal courts.

Matt Kaiser is a magna cum laude graduate of the Georgetown University Law Center, where he was the Senior Articles Editor of The Georgetown Law Journal. Immediately following graduation, he clerked for The Honorable Catherine C. Blake on the United States District Court for the District
of Maryland. He was an Assistant Federal Public Defender in the Office of the Federal Public Defender for the District of Maryland. He has been an attorney at two major law firms in the District of Columbia - Williams & Connolly LLP and Zuckerman Spaeder LLP. Matt graduated Phi Beta Kappa and with departmental honors from The College of Wooster, and holds a Masters Degree in Philosophy from Tulane University.

Matt has written on a number of topics in criminal law and procedure. His publications have appeared in the Legal Times, The National Law Journal, and The Georgetown Law Journal. He is a member of the Edward Bennett Williams American Inn of Court, an invitation-only professional organization devoted to white collar criminal practice.

Bar Association of DC
Board of Governors
Current

United States District Court for the District of Columbia

United States District Court for the District of Maryland

WILL HIRING A LAWYER MAKE ME LOOK GUILTY - Matt Kaiser

HOW MUCH DOES IT COST TO HIRE A LAWYER - Matt Kaiser

HOW WE HANDLE RETAINERS FEES AND BILLING - Matt Kaiser