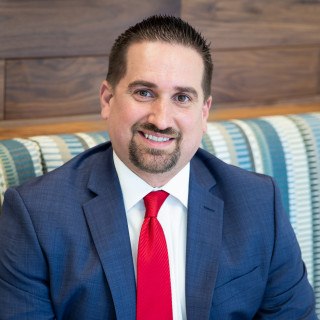 I was named 2018 DUI Gladiator of the Year by the Florida Association of Criminal Defense Lawyers.

I was named a Special Prosecutor by the State of Florida to argue DUI cases in Orange, Osceola, Seminole, Volusia, Brevard, Hernando, Marion, Alachua, Broward, Lee, Collier and Monroe counties.

I co-authored the book that is used to train every law enforcement officer in the State of Florida when it comes to making DUI arrests.

I have trained thousands of prosecutors and law enforcement officers throughout the State of Florida on DUI prosecution and DUI investigation.

I have attended the same classes that law enforcement officers attend in order to properly administer field sobriety exercises and the breath test.

Traffic Safety Resource Prosecutor
Florida Department of Transportation
2006 - 2009
Trained 1,000's of DUI cops and DUI prosecutors all over the State of Florida on how to arrest and prosecute DUI cases.

Q. case law about prosecuting a case based on a knowingly false police report?
March 25, 2019
A: It wouldn’t be the first time and won’t be the last time that the prosecutor didn’t know everything law enforcement did or was doing. Everything law enforcement did should be disclosed to your attorney and if it wasn’t, your attorney is entitled to know why it wasn’t disclosed and potentially could get the evidence excluded through something called a Richardson hearing. But at the very least, the court should give your attorney more time to review the newly disclosed evidence.

Q. Haven't heard from my lawyer in three weeks have called texted numerous times to get an update. What do I do
March 21, 2019
A: I would keep trying to contact the attorney and/or his/her office. April 9th is still a ways away, so you have some time. If you still don’t hear back, try stopping by the attorneys office to make sure everything is ok. But the bottom line is, if you are worried about court, it’s always safest to just show up. Worst case scenario, your attorney is there and nothing happens, but if your attorney doesn’t show up, it’s best if you are there to explain to the judge what is going on with the lack of communication. Without knowing what jurisdiction your case is in, I would venture to say that the April 9 date is some sort of pre trial conference/status date since it’s at 1:30pm. Most judges wouldn’t set a trial date or anything like that for the afternoon.

Q. If I have a misdemeanor warrant in Polk county can I fly safely domestically
March 21, 2019
A: There shouldn’t be any issue with you flying domestically. Any international travel, however, will almost certainly result in the warrant being flagged and you being arrested. If there is a bond associated with the warrant, you can contact a local bondsman and ask them about doing a “walk thru” which would only involve you spending a few hours in jail.

Blowing a .043 on an Intoxilyzer with no alcohol!