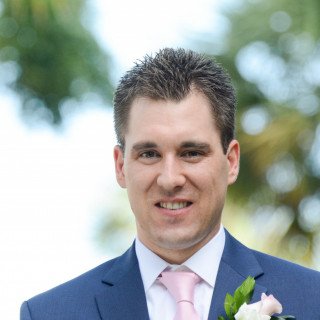 Matthew was born and raised in a suburb of Detroit, Michigan. Growing up in "Hockeytown," Matthew developed a passion for the game of hockey, which he played at an elite level as a youth goaltender. After spending a time playing junior hockey in Chicago, Illinois, Matthew was recruited to play at the Division-I collegiate level with Yale University in New Haven, Connecticut. During his time at Yale, Matthew earned a Bachelors of Arts in Economics and became a four-year, Varsity lettermen.

Following a brief professional hockey career, Matthew accepted a position with one of the nation's largest wealth management firms as a financial analyst. During his tenure with the firm, he was promoted to the position of Senior Strategy Analyst, where he worked with the firm's Investment Committee in optimizing, implementing, and monitoring the firm's investment strategy across client portfolios. Additionally, he worked with the firm's tax, trust and estate planning groups in order to provide a holistic experience to the firm's clients.
?
After his time in the financial industry, Matthew pursued his dream of becoming an attorney by attending Wayne State University Law School. During his time at Wayne Law, he participated in the Legal Advocacy for People with Cancer Clinic, which is a medical-legal partnership that provides free legal services in the areas of insurance, housing, employment benefits, life planning, and public benefits to low-income cancer patients receiving treatment at a participating hospital in downtown Detroit.

Following his graduation from law school, Matthew and his wife, Lauren, moved to Bluffton, where they currently reside and enjoy golfing together. He passed the South Carolina Bar Exam on his first attempt and was sworn in to practice in the state in 2018.