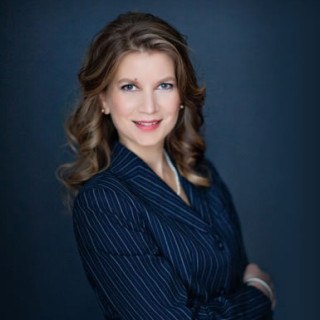 Maud Poudat was admitted to practice law in the State of Florida by the Supreme Court of the State of Florida in May 2004. She started her career in May 2004 as an associate attorney with the Law firm of Mair, Mair & Assoc., P.A., practicing various areas of law, including civil litigation, criminal law, medical malpractice and immigration law.

In November 2004, she joined the Orlando branch of the reputed law firm of Maney & Gordon, P.A. where she commenced her career in the position of associate attorney. She gained experience representing clients with their green card and immigrant process, through family petitions, employment petitions, marriage visas (fiancée and K-3), naturalization and citizenship, work visas, investment and transfer visas, and gained considerable knowledge in the field of deportation defense and federal litigation. In the year 2008, Maud Poudat became the Managing Attorney for the Orlando Branch of Maney & Gordon, P.A. and in November 2009 the managing partner of its Orlando branch.

Maud Poudat is admitted to practice law before the Supreme Court of Florida, all Florida State Courts, and the United States District Court for the Middle District of Florida, which covers the jurisdictions of Orlando, Tampa, Jacksonville, Ocala and Fort Myers. She is also authorized to represent all individuals and companies anywhere in the 50 states of the union with their immigration processes since immigration law is governed by federal laws. Maud Poudat is a member of the Florida Bar, the Middle District Court of Florida and the American Immigration Lawyers Association (AILA). She is involved with the French community as a member of the Alliance Française, French American Chamber of Commerce and local French groups and volunteers her time in pro bono programs.

Board Certified in Immigration and Nationality Law
The Florida bar
2010