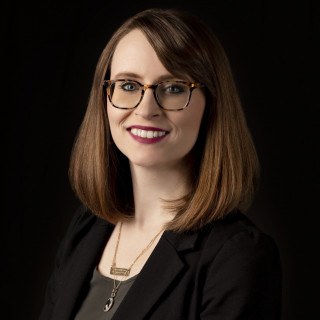 Megan C. Harris joined Mirabella, Kincaid, Frederick & Mirabella in July 2013, where she focuses on all areas of family law, including divorce, paternity, child custody, and child support. Prior to that, Ms. Harris worked as an attorney and Guardian ad Litem at the Cook County Public Guardian’s Office, representing children in abuse and neglect cases. Ms. Harris is a DuPage County Court-Appointed Guardian ad Litem and presented at the 2013 DuPage Guardian ad Litem training as well as the 2014 National Business Institute training on challenges in family law. She practices in DuPage, Kane, Kendall, and Will counties and is a member of the Illinois State Bar Association, the DuPage County Bar Association, and the DuPage Association of Women Lawyers. Ms. Harris was selected as a 2015 Super Lawyers Illinois Rising Star. Ms. Harris received her J.D. magna cum laude from the University of Illinois College of Law at Urbana-Champaign in 2012 and was admitted to practice law in Illinois that same year. She is also a 2008 summa cum laude graduate of the University of Illinois, where she majored in Psychology. While in law school, Ms. Harris was a Notes Editor for the Law Review, participated in the College’s Family Advocacy Clinic, and clerked at a general practice law firm. Ms. Harris was a Harno Scholar and Dean’s List recipient from 2010—2012 and was a CALI award winner in Environmental Law and Interviewing, Counseling, & Fact Investigation. She was also nominated for the Paul Lisnek Award for Excellence in Trial Advocacy. While in school, Ms. Harris authored an article on jail visitation policies as they affect parents and infants, which was published in 2012 in the University of Illinois Law Review.