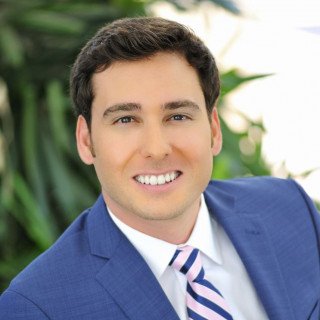 Mr. Brevda's past successes include multi-million dollar case recoveries for his wrongfully injured clients. Mr. Brevda is one of the few attorneys in the U.S. to focus his practice on suing negligent nursing homes and assisted living facilities. As a result, he regularly lectures on elder abuse litigation. He also has been interviewed by media outlets for his knowledge and experience in the nursing home abuse sub-specialty.

Attorney Michael Brevda is AV Rated by Martindale-Hubbell, receiving the highest rating from other members of the bar and judiciary on his professional capability and ethics. He was also awarded the Martindale-Hubbell "Client Champion" award for his zealous advocacy on behalf of his clients.

Mr. Brevda became a member of the Million Dollar Advocates Forum in 2012 after serving as lead counsel in a case where the Plaintiff was awarded in excess of $1 million. He has earned several accolades by Florida Trend Magazine, including being named to Legal Elite’s list as an “Up and Comer” and “Top Lawyer.” From 2014 through 2020, Michael was recognized as one of Florida’s Top 40 Under 40 Plaintiff lawyers by the National Trial Lawyers Association. From 2015 through 2020, he was named a “Rising Star” by Super Lawyers Magazine. He was also awarded the Client’s Choice Award by Avvo each year since 2014 for his consistent track record of client satisfaction. Recently, Mr. Brevda was nationally recognized as one of ten 'Top Nursing Home Lawyers' by National Trial Lawyers Magazine.

Most important to Michael is the love and admiration of his clients. Michael enjoys near perfect online reviews due to his excellent rapport with clients. Michael Brevda treats every case with personalized attention and passion.

His fight against elder abuse is personal. He remains dedicated to combating nursing home neglect on behalf of his clients.

Permanency: No Longer an Ephemeral Concept in Florida Courts
Briefings

Florida Wrongful Death Cases: Do You Have the Right Survivor?
March 15, 2017

Your Rights in a Nursing Home and ALF

Identifying Bedsores and Other Signs of Neglect

AV Rating
Martindale Hubbell
“AV” rating means that the attorney had reached the highest of professional excellence and is recognized for the highest levels of skill and integrity. This award is determined by Judges and fellow attorneys.

Q. My Grandma has been living in assisted living. She fell and broke ribs and no one took her to the hospital for 5 days
April 29, 2022
A: I’m sorry to hear about your grandma’s falls in the assisted living facility. Repeated falls evidence a pattern and should trigger a healthcare facility to create a care plan to (attempt to) stop the falls. I doubt that was done in grandma’s case, which may be negligent on the ALF’s part. Additionally, the failure to get her treatment is awful. That decision may have been made because they were afraid of facing the consequences for allowing her to fall. I would consult with a nursing home abuse attorney immediately. She or he can gather important documents, evidence, CCTV footage, and witness statements before it’s too late. I’m sorry again for what you and your family are going through. Seek out an elder abuse attorney to hold the facility accountable for its negligence.

Q. Hello, my mother who has been in some type of ALS has had a stroke supposedly over night and was discovered in her curr
November 8, 2021
A: I am sorry to hear about Mom. The ALF Residents' Rights provide that every Florida ALF resident has a right to live in a safe and decent living environment, free from abuse and neglect. It sounds like Mom's care was questionable, so you should absolutely investigate. Contact a Florida assisted living facility neglect attorney, and report the facility to DCF by calling 1-800-96ABUSE.

Q. If many former employees are suing the administrator of my job and it's a valid case if I join in would I be fired?
August 30, 2021
A: This is a Workers Compensation question. My specialty is nursing home abuse litigation. Since you were injured in the course and scope of your employment, seek out a Work Comp lawyer. Best of luck.