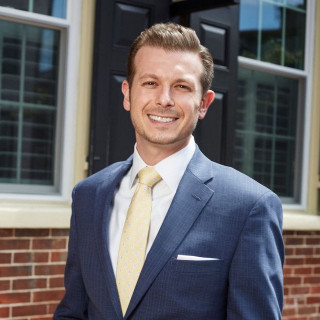 Michael DiCindio is an aggressive and experienced former prosecutor who dedicates his practice to representing individuals accused of crimes in Chester County and surrounding areas. He is a competitive litigator and student of the law. His dedication and work ethic has garnered praise and recognition by his colleagues and fellow trial attorneys. After interning at the Chester County District Attorney’s Office, Michael was hired as an Assistant District Attorney. He quickly became involved in all aspects of the criminal justice process. As an ADA he has successfully handled felony and misdemeanor jury and bench trials, preliminary hearings, appeals, grand jury proceedings and post conviction relief hearings. Beyond his duties at the office, he was also an interscholastic trial team advisor at Widener University School of Law in Wilmington, Delaware, and has taught courses as an adjunct professor at the Widener Law Legal Education Institute. As a prosecutor, Michael was involved in the prosecution of cases including the following: homicide, criminal attempt homicide, homicide by vehicle while DUI, burglary, robbery, rape, drug-trafficking, aggravated and simple assaults, DUI, theft, and smaller drug-related offenses. He has also handled criminal appeals and PCRA hearings. At the beginning of 2014, Mike left the District Attorney’s Office to join a law firm located in Center City, Philadelphia, handling plaintiff’s personal injury litigation and criminal defense. He handled most of the firm’s criminal cases along with a large number of civil cases. In his time at the firm, Michael oversaw a range of cases – cases where the individual was facing charges on traffic tickets to rape in the Courts of Philadelphia, Bucks, Montgomery and Chester County. In the fall of 2014, Michael opened DiCindio Law, LLC and now focuses on criminal defense matters in West Chester, Chester County, and the greater Philadelphia area. Learn more at www.dicindiolaw.com