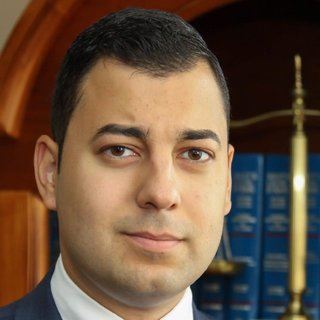 Michael Fernandes graduated from Seton Hall University’s School of Law. He completed his undergraduate studies at Fairleigh Dickinson University. Michael began his legal career as a summer intern at Newark’s Municipal Prosecutor’s Office. After finishing the internship, Michael accepted the law clerk position at the prestigious law firm of Aiello, Harris. As a law clerk, he was tasked with researching complex legal issues and assisted the attorneys by writing briefs helped persuade various judges in cases. Michael has passed both, the New Jersey and New York bars, and has been hired as an associate for the law firm of Aiello, Harris. As an associate, Michael has authored briefs that have come before the Appellate Court and Superior Court of New Jersey. He has defended individuals in Municipal Court and fought for his clients’ interests before the Worker’s Compensation courts. Growing up in the heart of Newark’s Ironbound section, Michael was exposed to a diverse community of individuals and for this reason, he is able to speak both Spanish and Portuguese. He believes that an attorney is most effective when a client is able to freely communicate with his attorney and have an understanding of how the legal system works.