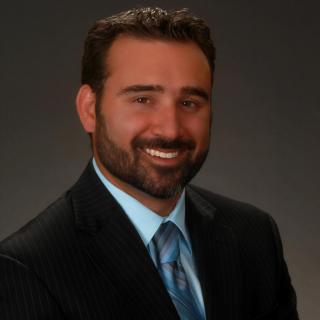 Michael Ferrin has been practicing in the areas of of Domestic/Family law and Bankruptcy Law for over 14 years. Mr. Ferrin's experience has given him a unique ability to understand the difficulties one can face when confronted with the issues involved in these areas. Mr. Ferrin prides himself on treating each client as if they were family and making sure that as a client you are well informed and receive the highest level of representation. Mr. Ferrin has been a resident of Florida for over 40 years. He was born in New Orleans and raised in Key West Florida. He received his bachelors in Business Administration from the University of Florida and his law degree from Barry University School of Law. Mr. Ferrin has always had the desire to help individuals which is why he has always worked in private practice. On his path to helping individuals Mr. Ferrin had the opportunity to work for one of Central Florida's largest private bankruptcy firms. While doing so he was able to represent many individuals and small businesses in their bankruptcies some of which had debts exceeding twenty million dollars, $20,000,000. Mr. Ferrin is involved in the following organizations and affiliations: US Bankruptcy Court Middle District of Florida, The Florida Bar, American Bar Association, The Central Florida Bankruptcy Lawyers Association, Central Florida Family Law Inns of Court, and the Orange County Bar Association. Additionally, Mr. Ferrin is a former adjunct professor for Everest University.

Q. I am going through a divorce and And left the house 6 months ago and the wife is being difficult not letting me in the
December 13, 2022
A: If a divorce has not yet been filed, and no orders of exclusive use and possession have been issued, you have right to go back to your house so long as you are on the lease or are on title to the property. This sort of issue is common at the beginning stages of most divorces and you must be careful not to get yourself into a domestic violence situation. You can also try and have a police officer or sheriff escort you to the home to get your items. If that doesnt work or you are not comfortable doing that, you can always file your divorce and file a motion for access to retrieve what you need from the house or you and the opposing parties' attorney can try and work it out once they are in the case.

Q. My wife filled divorce we got 3 kids
December 9, 2022
A: As stated in the prior response, you have 20 calendar days to respond to the petition once you have been properly served. We also recommend that you file a counter petition along with your answer assuming there are not personal or subject matter jurisdiction issues (same goes for filing the answer). The divorce will address the division of assets and liabilities, alimony, child support, and timesharing along with other issues pertaining to your marriage. It is highly recommended that if you have the means you should retain an attorney to assist you.

Q. Is it possible make a write agreement with my ex husband before get divorce . ,
December 1, 2022
A: There are two types of agreements that may pertain to your situation. If you do not intend to file for divorce, but are planning just in case of divorce in the future, you can enter into a post nuptial agreement to address certain issues. Post nuptial agreements are similar to prenuptial agreements in that they address marital interests and rights such as the division of assets, debts, alimony, and other issues in order to reduce or eliminate the need for litigation in the event of a future divorce. If divorce is immanent, then you may want to consider an uncontested divorce. This would involve both you and your husband entering into a marital settlement agreement to resolve the issues involved with a divorce. We would highly recommend you speak to a qualified attorney to discuss your options in greater detail.

Question & Answer - Do bankruptcies ever play a part in a divorce?

Do bankruptcies ever play a part in a divorce?

Question & Answer - What types of divorces are available in Florida?

What types of divorces are available in Florida?