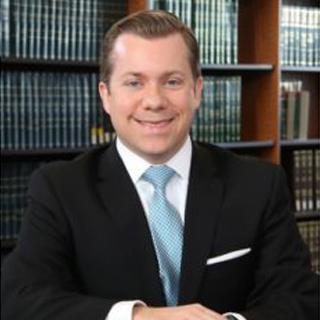 Michael is an Associate in the litigation department of Eckell, Sparks, Levy, Auerbach, Monte, Sloane, Matthews & Auslander, P.C., where in addition to heading up the Firm’s Employment Law & Discrimination practice, he also represents plaintiffs in personal injury litigation matters. Michael currently serves as the Chair of the Auto Law Section for the Pennsylvania Association for Justice (PAJ)—a state-wide trial lawyers’ organization—as well as President of the Young Lawyers Section of the Delaware County Bar Association. He is also a past-President of PAJ Young Lawyers’ Section. Michael is licensed to practice in Pennsylvania and New Jersey, the U.S. District Court for the Eastern District of Pennsylvania, the U.S. District Court for District of New Jersey, the Third Circuit Court of Appeals, and the Supreme Court of the United States. He has presented seminars and lectures on various topics relating to employment law, automobile insurance law, and civil litigation for the Delaware County Bar Association, PAJ, the Pennsylvania Bar Institute, the Delaware County Chamber of Commerce, and more. Michael has been selected as a SuperLawyers® “Rising Star” in the area of employment law each consecutive year since 2012, and is rated by “AVVO®” as a 10.0 / 10.0 attorney. Michael also maintains a website that discusses recent developments and trends in employment law in Pennsylvania state and federal courts (available at www.paemploymentlaw.blogspot.com). Michael received his J.D. degree from The Pennsylvania State University Dickinson School of Law, where he was a Senior Editor of the Pennsylvania State University International Law Review, a member of the law school’s award-winning National Moot Court Trial Team that competed in the 2004–2005 National Finals in San Antonio, Texas, and was inducted into the Order of Barristers. Michael completed his undergraduate studies at the University of Maryland, College Park, where he majored in Gover

Supreme Court of the United States